The US Capitol in Washington DC was in lockdown for nearly two hours after a gunman shot himself outside the building on Saturday afternoon. 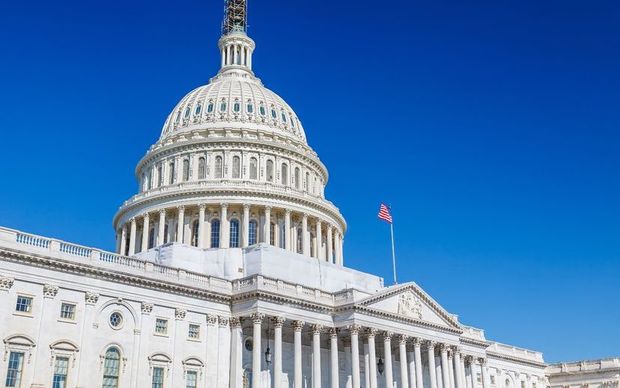 US Capitol in Washington Photo: 123rf

Police took the security measure after shots were heard near the seat of the US Congress.

Police also investigated a suspicious package, thought to be the gunman's suitcase, on the lower west terrace of the Capitol building.

Congress is not in session so there were few lawmakers about.

However, the annual Cherry Blossom festival and sunshine attracted tourists.

Those inside the building were reportedly told to stay there and visitors outside to take cover.

There appears to have been no sign of terrorist intent, according to police.

Nearby streets were cordoned off as an investigation continued.

It was the latest in a series of security incidents in Washington DC in recent years.

In 2013, a woman tried to drive her car past a security gate at the White House. She was shot dead in the subsequent car chase.