Head of the International Rescue Committee David Miliband is calling for an end to the refugee camp system. 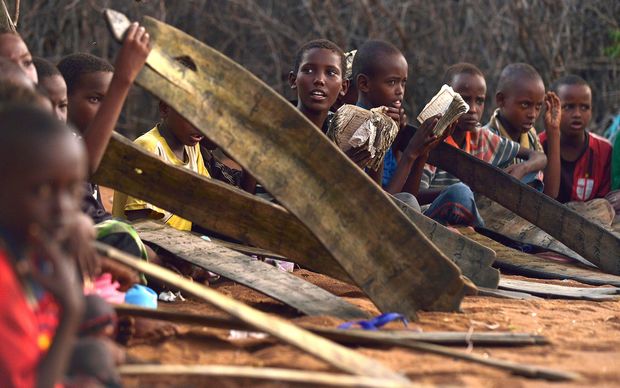 Young boys hold their slates as they attend morning madrassa or Islamic religious classes at Hagadera sector of the Dadaab refugee camp, north of the Kenyan capital Nairobi. Photo: AFP

He spoke out after visiting the world's biggest refugee camp, which houses 330,000 Somalis at Dadaab in Kenya, about 100km from the Somalian border.

He described the camp as "hellish" and "getting on for the worst place on earth".

Dadaab was set up in 1992 to deal with a temporary crisis - an influx of refugees fleeing war-torn Somalia.

That was nearly 25 years ago, but there were now three generations living in the sprawling site, some of whom had been there for 20 years. All they pray for is that their children will get out of it. 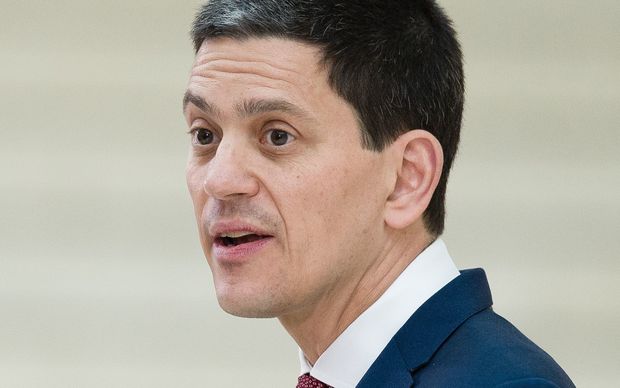 Mr Miliband said it was time for a new deal - one not for the faint-hearted.

"The new deal, the new bargain is that a small number of people - probably up to 10 percent of the most vulnerable refugees - are relocated to the West."

"But then the large majority of people, the only real hope for them is to become productive residents of the countries that they've fled to."

His new deal - in other words - would be to allow refugees to work.

It would mean giving refugees residency and ending the whole concept of the refugee camp.

President of the World Bank Jim Kim said it was already being done in Jordan, but there were resentments.

"In Lebanon what we are hearing from local communities was that Syrian refugees were getting these food carts ... and there were hungry Lebanese right next to them who were getting nothing.

"So we replicated the food programme for Lebanese residents. If you can resolve some of these issues of resentment, then I think it can be a good solution."

Meanwhile, Germany was expecting to have to spend 93.6 billion euros by the end of 2020 on costs related to the refugee crisis, the country's Der Spiegel magazine reported on Saturday.

The magazine cited a draft from the federal finance ministry for negotiations with the country's 16 states.

The annual cost of dealing with the refugee crisis would hit 20.4 billion euros in 2020, up from around 16.1 billion euros this year, the report said.

Officials based their estimates on 600,000 migrants arriving this year, 400,000 next year and 300,000 in each of the following years, the report said, adding that it was expected 55 percent of recognized refugees would have a job after five years.

There are currently 60 million displaced persons around the world.

The average time someone remains a refugee is 17 years. A total of 80 percent of refugees have remained without any economic status for over a decade.