The agreement between the EU and Turkey to tackle the migrant crisis has formally come into effect. 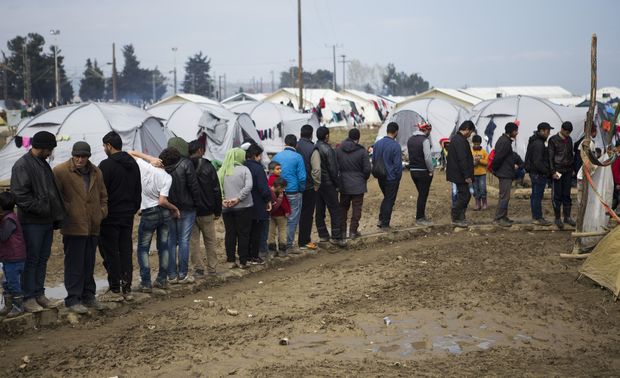 Under the deal, migrants arriving in Greece would be sent back to Turkey if they did not apply for asylum or if their claim was rejected.

For every Syrian migrant sent back to Turkey, one Syrian already in Turkey would also be resettled in the EU.

However, there were still many doubts about the implementation of the agreement, including how the migrants would be sent back.

The influx of people crossing to Greek islands grew ahead of the deadline, and Greece said immediate implementation of the deal would not be possible.

Officials said some 1500 people crossed the Aegean to Greek islands on Friday, more than double the number the day before and compared with just several hundred a day earlier this week, AFP said.

And, just hours before the deal came into force, a four-month-old baby girl drowned when a boat carrying migrants sank off the Turkish coast, Turkey's Anadolu agency reported.

Some 2300 experts, including security and migration officials and translators, were set to arrive in Greece to help enforce the deal.

But Greek officials said none of the experts had yet arrived and the deal could not be implemented immediately as key details still needed to be worked out.

"A plan like this cannot be put in place in only 24 hours," said government migration spokesman Giorgos Kyritsis, quoted by AFP.

Since January 2015, one million migrants and refugees had entered the EU by boat from Turkey to Greece. More than 143,000 had arrived this year alone, and about 460 had died, according to the International Organization for Migration.

Most of them were keen to go to Germany and other northern European Union countries, and tens of thousands were now stuck in Greece with their route north blocked.

Critics, however, have said the deal could force migrants determined to reach Europe to start using other and potentially more dangerous routes, such as the journey between North Africa and Italy.

On Saturday, the Italian coastguard said more than 900 people were rescued amid an increase in traffic through the Strait of Sicily.

And Libyan authorities said the bodies of four women were recovered but at least 20 others were still missing after a boat carrying migrants sank off the country's coast.

Officials there said they rescued nearly 600 people from three other boats on Saturday.

Human rights groups have strongly criticised the deal, with Amnesty International accusing the EU of turning "its back on a global refugee crisis".

On Saturday, thousands of people protested in support of refugees and against racism.

Rallies were held in London, Athens, Barcelona, Amsterdam, Geneva and some other cities.

In London, about 4000 people joined a protest, carrying placards with slogans like "Refugees welcome here" and "Stand up to racism".