If a simple majority of the 81-seat Senate votes in favour, as is expected, Ms Rousseff will be automatically suspended from office. 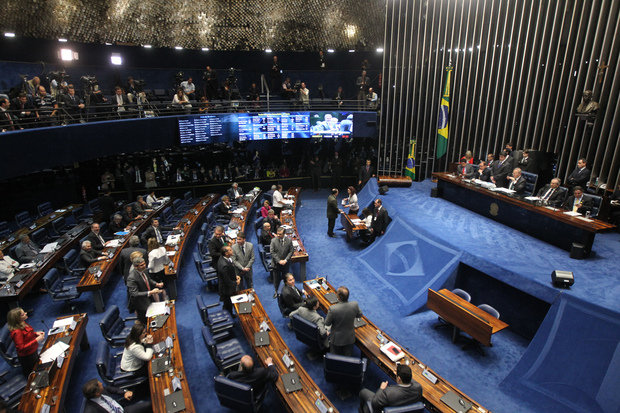 A simple majority of the 81-member Senate is required to suspend Ms Rousseff from office. Photo: AFP

The president is accused of illegally manipulating finances to hide a growing public deficit ahead of her re-election in 2014, which she denies.

Ms Rousseff made a last-ditch appeal to the Supreme Court to stop proceedings, but the move was rejected.

In denying the injunction, Supreme Court judge Teori Zavascki rejected as "legally implausible" the government's argument that impeachment was flawed because it was started out of revenge by the former speaker of the lower house.

Sixty-eight Senators have registered to speak in the debate and of the first 12 to take the floor only one argued against an impeachment trial. 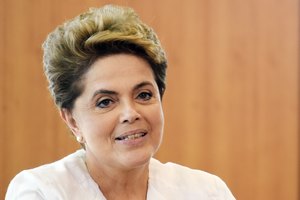 Senator Telmario Mota of the Democratic Workers' Party said the impeachment was "born of revenge, hatred and revenge".

He also argued that Brazil's Congress was less popular than President Rousseff "and yet she will have to pay the price".

Senators who said they would vote for impeachment included former football player Romario, who is now a senator for the Brazilian Socialist Party, who said the country was going through "a very serious crisis".

One of the most passionate speakers in favour of the impeachment trial was Magno Malta of the Party of the Republic.

He compared the government of Ms Rousseff to "gangrene" which needed to be removed to make Brazil healthy again.

If the vote goes against her, Ms Rousseff will be replaced by Vice-President Michel Temer while the impeachment trial lasts.

She says Mr Temer is a traitor who is taking part in a political coup against her democratically elected government.

There were signs Ms Rousseff was preparing for defeat: she plans to dismiss all her cabinet and has given instructions that there should be no easy transition for a Temer government because she considers her impeachment illegal, presidential aides said.