Brazil's senate has vowed to vote on the impeachment of President Dilma Rousseff despite a ruling that a vote in the lower house was flawed. 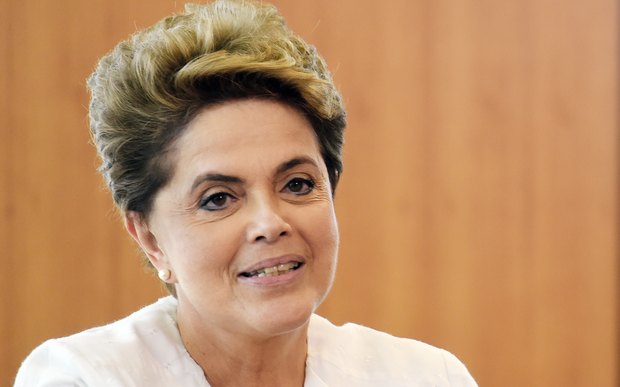 Senate speaker Renan Calheiros rejected an attempt by the acting speaker of the lower house to halt the process.

Acting speaker of Brazil's lower house Waldir Maranhao annulled the vote in the lower house on 17 April that allowed the proceedings to go on to the Senate.

Mr Maranhao said there should be a new vote in the lower house, but Mr Calheiros called that decision illegal.

"To accept this messing around with democracy would be committing to delaying the process," he said in Portuguese.

"It's not up to the speaker of the federal senate to decide if the process was fair or unfair it's up to the whole senate - all of the senators."

The president of the Senate impeachment commission said the vote would take place as scheduled.

Mr Maranhao said there had been irregularities during the lower house session in which its members overwhelmingly voted in favour of the impeachment process going ahead.

He said members of the lower house should not have publicly announced what their position was prior to the vote, and that it had been wrong of party leaders to instruct their members how to vote.

However, it was not known whether Mr Maranhao's decision could be overruled.

Mr Maranhao, who opposed the impeachment process in the 17 April vote, only took over as the speaker of the lower house last week, after the previous speaker, Eduardo Cunha, was suspended.

Mr Cunha, an outspoken critic of President Rousseff, led the impeachment drive against her.

Reacting to the news, Ms Rousseff urged "caution", adding that there was a "hard fight ahead".

Ms Rousseff has said efforts to impeach her amounted to "a coup attempt".

She has accused Mr Cunha and Vice-President Michel Temer of being the "ringleaders of the coup".

Mr Temer would step in as interim president if Ms Rousseff were to be suspended from office.

In a BBC interview last week, Ms Rousseff said she was an "innocent victim" and that she would fight on.

She is accused of manipulating the government budget ahead of her re-election in 2014. The president has defended her fiscal measures as common practice in Brazil.

Investors have criticised Ms Rousseff and her Workers' Party for what they say are interventionist policies and see Mr Temer as being more market-friendly.

The president's approval ratings have plummeted recently, and recent polls suggest most Brazilians support her removal from office.