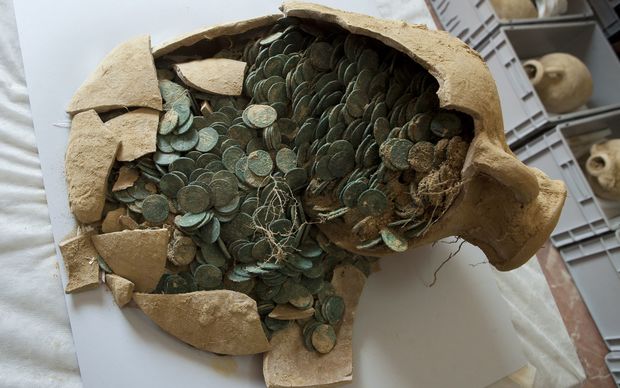 Six hundred kilograms of coins were found inside 19 amphora in southern Spain, and could be worth "several million euros". Photo: AFP

"It is a unique collection and there are very few similar cases," said Ana Navarro, head of Seville's Archeology Museum, which is looking after the find.

Dating back to the late third and early fourth centuries, the bronze coins were found inside 19 Roman amphoras, a type of jar, in the town of Tomares near Seville.

Ms Navarro declined to give a precise estimate for the value of the haul, but said the coins were worth "certainly several million euros".

They are stamped with the inscriptions of emperors Maximian and Constantine, who ruled Rome more than 16 centuries ago. 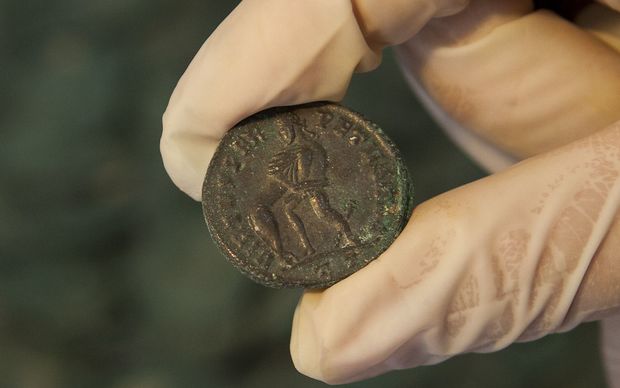 The coins are stamped with the inscriptions of emperors Maximian and Constantine. Photo: AFP

It was thought they were intended to pay the army or civil servants, but they appeared not to have been in circulation as they showed little evidence of wear and tear.

"The majority were newly minted and some of them probably were bathed in silver, not just bronze," Ms Navarro said.

"I could not give you an economic value, because the value they really have is historical and you can't calculate that." 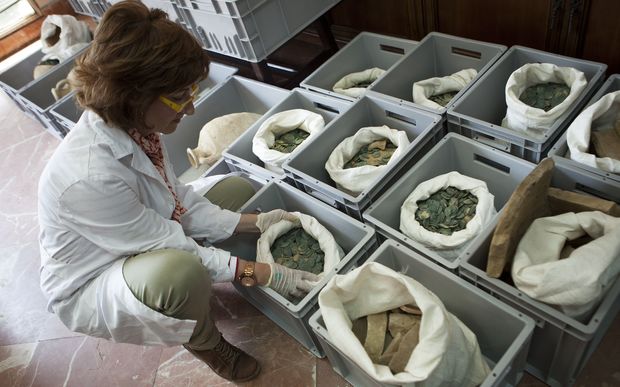 The haul could be worth "several million euros". Photo: AFP

Local officials have suspended the work on the water pipes and planned to carry out an archaeological excavation on the site.

The Romans conquered the Iberian Peninsula in 218 BC, and ruled until the early fifth century when they were ousted by the Visigoths.