A Swiss farmer has discovered a huge trove of ancient Roman coins that were buried in his cherry orchard 1700 years ago. 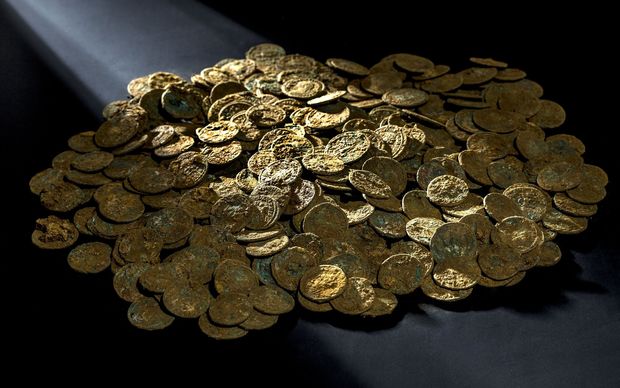 Thousands of coins were found in a cherry orchard in Ueken, Northern Switzerland. Photo: AFP

The stash of more than 4000 bronze and silver coins weigh about 15kg, and were discovered by the farmer after he spotted something shimmering in a molehill.

The regional archaeological service said the coin trove was one of the biggest such finds in Swiss history.

The trove was unearthed in July in Ueken in the northern canton of Aargau.

Since a Roman settlement was discovered in the nearby town of Fick, just a few months before, he suspected the coins might be of Roman origin.

The farmer contacted the regional archaeological service who, after months of careful excavation, have now announced that 4166 coins had been found in excellent condition. 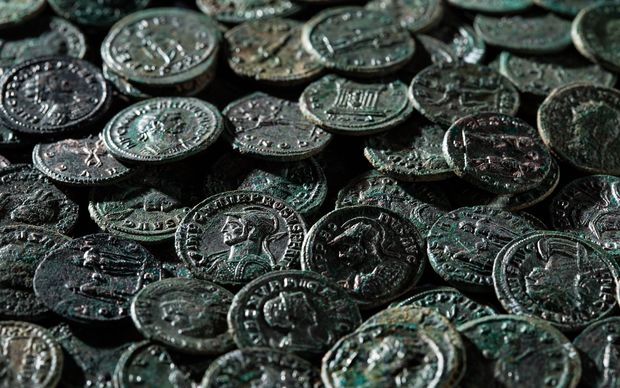 More of the coins that were found Photo: AFP

Some of the coins date from AD 274 and the rule of Emperor Aurelian. The find also included coins from the time of Emperor Maximan in 294.

Swiss archaeologist Georg Matter, who worked on the excavation, said what they found within the first three days "exceeded all expectations by far".

"As an archaeologist one rarely experiences something like this more than once in your career," he told Spiegel Online.

Coin expert Hugo Doppler said the coins were in such good condition it was clear they "were taken out of circulation right after they were minted".

He believes the owners hoarded the coins because the silver contained in them "guaranteed a certain value retention in a time of economic uncertainty".