Nearly 45,000 people have signed a petition to ban elephant rides following the death of an elephant that carried tourists to Cambodia's famous Angkor Wat temple complex. 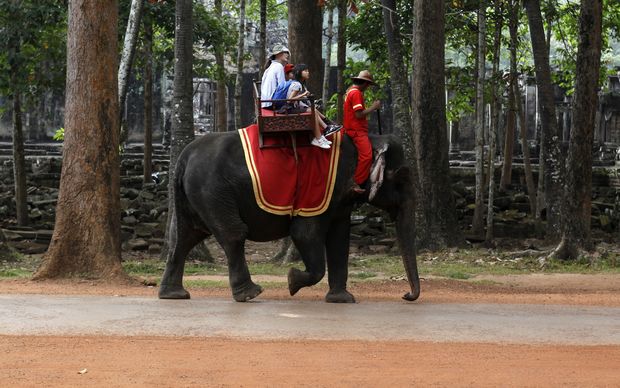 The elephant whose death sparked the petition had reportedly been forced to work in a 40°C heat wave.

Since the petition was created, the tour operator agreed to reduce the working hours of the elephants until temperatures dropped.

However, the petition called on authorities in the Angkor region to ban elephant riding.

Elephants used for tourist riding in Asia are often abused and death from exhaustion is not uncommon.

The petition said cruelty suffered by the elephants was often hidden from view.

It said the practice caused a lifetime of misery for the animals and the death should be a wake-up call.