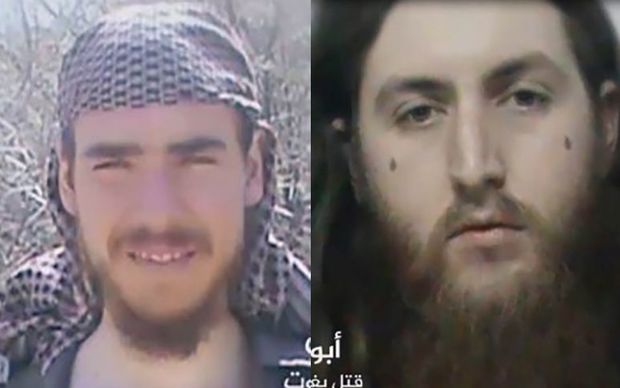 Daryl Jones, left, and Christopher Havard were killed in November 2013. Photo: Al-Qaeda in the Arabian Peninsula

Christopher Havard and Daryl Jones were killed in November 2013 in a drone strike on a convoy of Al Qaeda militants in Yemen.

The two men had met in Christchurch and had converted to Islam in their 20s.

The video, released by Al-Qaeda in the Arabian Peninsula and obtained by TVNZ, appears to pay tribute to the two men.

Jones was reportedly captioned with the name Abu Suhaib Australi, while Havard was named as Abu Salma Australi.

According to media reports, two men described by the organisation as spies could also be seen.

The video claimed the two were executed shortly afterwards.