The investigation into child abduction charges against Australian mother Sally Faulkner and a crew from Australia's Channel Nine in Lebanon has been adjourned until tomorrow. 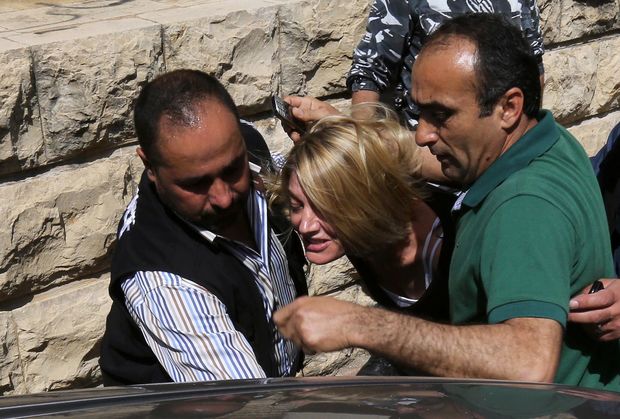 The two were detained with a 60 Minutes crew and a child recovery team, after an attempt to grab Ms Faulkner's two children almost two weeks ago.

The judge said he had adjourned the hearings while lawyers for Ms Faulkner and her estranged husband, Ali el-Amien, negotiated an agreement.

"It's not a custody dispute. This is a criminal matter. These people have broken the law," he said.

It is understood Ms Faulkner asked Mr el-Amien to drop Lebanese abduction charges against her in exchange for her renouncing all claims to custody and cooperating in getting a divorce.

Mr el-Amien has said he wanted to see Ms Faulkner, the Channel Nine crew and the child recovery team punished, and was concerned withdrawing the charges could benefit them all.

But if Mr el-Amien agreed to drop the charges, Ms Faulkner would give up sole custody granted to her by the Family Court in Australia.

Mr el-Amien got his own custody ruling from a religious court in Lebanon, but it is not clear when it was issued.

Ms Faulkner hopes for the right to see her children whenever she wants in Lebanon, Australia or a third country.

Australian Foreign Minister Julie Bishop said there was the option of forming a joint working committee to resolve this issue, involving officials from both countries.

If Mr el-Amien agrees to drop charges against Ms Faulkner, she would likely be released on bail and it was understood it could reduce the severity of charges against all involved.

Ms Faulkner's Lebanese lawyer Ghassan Moghabghab said Ms Faulkner was in the car when alleged operatives of Child Abduction Recovery International grabbed her son and daughter off a Beirut street and bundled them into the waiting car.

The team made a clean getaway, but was caught not long afterwards. The boy and girl were returned to the father, and Ms Faulkner and the 60 Minutes crew were arrested.

The families of the crew have released a joint statement asking the public not to judge the situation until all the facts are known.

The families said they understood their relatives were "keeping their spirits up and are being well looked after by the Lebanese authorities".

The statement said the crew was covering an important story but acknowledged something went wrong.