The lawyer for an Australian mother at the centre of an alleged abduction case in Lebanon says a judge has urged her and her estranged husband to reach an agreement over the custody of their children. 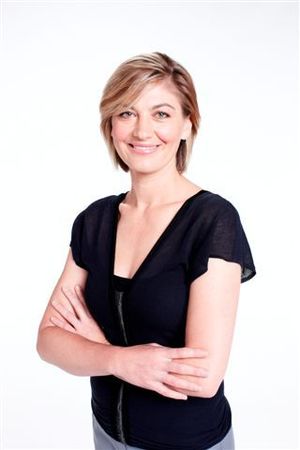 Brisbane woman Sally Faulkner and four members of Australia's Channel Nine 60 Minutes crew were among a group of people arrested after an attempt to take Ms Faulkner's two children off the streets of the capital, Beirut, where they were living with their father, and return them to Australia with her.

Ms Faulkner was questioned by the judge in the presence of her estranged husband, Ali el-Amien, for a second time on Wednesday.

Her lawyer said the judge was pressuring the parents of the children to reach a custody agreement that could see her released soon.

The judge does not view the recovery as a kidnapping, but rather as a mother trying to reunite with her children, the ABC has been told.

It could also be good news for the 60 Minutes crew - reporter Tara Brown, producer Stephen Rice, cameraman Ben Williamson and sound recordist David Ballment - and the so-called recovery team who were detained with her last week.

But it may present Ms Faulkner with a dilemma, to accept that her children will remain living in Lebanon in order to help resolve the matter.

Her lawyer said Mr el-Amien is reluctant to make an agreement.

He had previously said he did not want to see Ms Faulkner prosecuted.

Ms Faulkner and the 60 Minutes team were first questioned by a Lebanese investigating judge, who could downgrade the child abduction charges preferred by a prosecutor, on Tuesday.

A spokesperson for the Department of Foreign Affairs and Trade confirmed Australia's ambassador to Lebanon met Lebanese Foreign Minister Gebran Bassil on Wednesday.

Ms Bishop said the group had not been formally charged, but charges were being recommended by Lebanese authorities.

"It underscores that we must abide by the laws of the country in which we are visiting, just as it would apply in Australia," she said.

"If people are in this country, they must abide by the laws of this country. But at this stage I don't want to go into any detail, I think it would be counter-productive."

It is understood the charges being brought by the prosecution include: hiding information, forming an association with two or more people to commit crime against a person, kidnapping or holding a minor, and physical assault.

Ms Bishop said it was unclear how long the Australians would be detained in Lebanon.

"Lebanese law is different from Australian law, it's based on the French system, so there is this investigative stage. We don't have a direct equivalent in Australian law," she said.