Coral bleaching has been discovered in Sydney Harbour for what is believed to be the first time.

Researchers from the University of Technology in Sydney (UTS) and Macquarie University believed above-average sea temperatures caused by an El Niño weather event caused the damage. 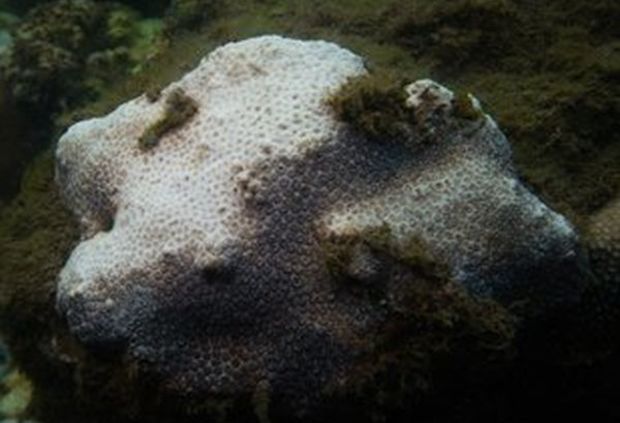 The marine biologists found up to 45 percent of corals at certain sites were bleached.

Dr Matthew Nitschke from UTS said while the coral was expected to recover, it was worrying to see that type of bleaching in the harbour.

"It's kind of constricted to the upper surface of boulders, which to us tells us it's a combination of high light levels and also bleaching, so maybe we had some clean water that came through at the same time.

"It's enough to cause us some concern and say that we think this is a pretty significant bleaching event for Sydney Harbour."

Dr Nitschke said the water temperatures had now dropped and the coral was not expected to sustain any long-term damage.

The team will monitor the coral during the next few months to assess its recovery.

"This is the first time that we think this has happened in Sydney Harbour, [so] theoretically they should be in pretty prime condition," he said.

"It could be a year in isolation because we had this El Niño event which is occurring across the Pacific.

"We do expect that this is something that could continue into the future."

New South Wales opposition environment spokeswoman Penny Sharpe said it was a disturbing development that proved climate change was in effect in Australia.

"All the warning signs have been there that climate change is going more rapidly than we first thought," she said.

"Climate change is here and the NSW government doesn't have a plan to address it."