Slave-like conditions, including beatings, allegations of murder and unpaid labour are endemic in Taiwan's tuna-fishing fleet, an investigation into conditions on the boats has found. 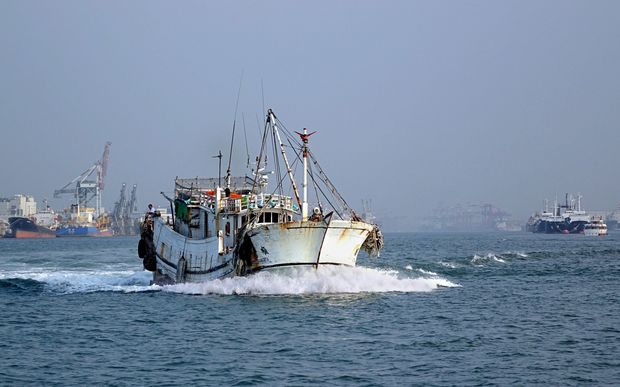 Fishing vessels in Taiwan's fleet have been put under scrutiny by the Greenpeace report. Photo: 123rf.com

The report from Greenpeace is the culmination of 12 months work, and describes an industry "beset by issues of human trafficking, and forced and debt-bonded labour" - and producing fish which goes on to be sold in America, Europe, and possibly even New Zealand.

The report said some of the fish caught in slave-like conditions could been traced to suppliers for brands stocked in New Zealand supermarkets.

"Taiwan's industry appears to be out of control, and despite legislative change, Taiwan seems either reluctant or unable to properly manage its fleet and industry. Without proper monitoring, enforcement and sanctions, there will be little change."

"The Taiwanese-based company is one of tuna trading's "big three," and with close ties to Thai Union Group, the largest canned tuna company in the world, it ensures that large quantities of Taiwanese tuna and other fish make their way into markets in the US, Europe, UK and the Asia Pacific region."

Mars Petcare, which sells New Zealand brands Whiskas and Iams catfood, has been named in a class action lawsuit in the United States for failing to disclose forced labour in its supply chains, and is supplied by Thai Union.

Tim McKinnel - an ex-New Zealand police officer who helped overturn the wrongful conviction of Teina Pora - was one of the lead investigators into the conditions faced by Thai fishermen.

Mr McKinnel was involved in interviewing dozens of fishermen at ports in Taiwan and Thailand, and said the conditions he discovered came as a shock.

"I moved to Greenpeace to do investigative work in the environmental area and thought it was going to be an escape from some of the sexual violence, murder and truly atrocious things I've been doing over the years. But it was quite the contrary really - the way these guys are treated on the vessels is just outrageous," he said.

"It's not just a slap here and a slap there - some of these guys have been shot, attacked with weapons, some of them don't survive their time at sea. It was shocking for me." 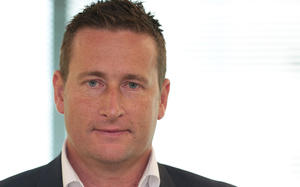 Many of the men interviewed worked between 17-22 hours per day, seven days a week, for months on end. They described beatings, harassment from crew and deprivation of food if they did not complete work.

"I have experienced working straight for 29 hours. Even if you are injured, you must work," one man said.

Some had witnessed other crew members shot and killed by the captain.

"I heard of or saw about 30 seafarers die since I had worked at this place," a sailor said. "When we reported it to the police, they said there was no evidence. All the evidence had just disappeared."

According to an Associated Press survey of 500 returned fishermen, around 12 per cent witnessed another worker killed while on board the ships.

Many were paid as little as 50 cents an hour for their labour - and others never received any payment for the work they did.

"For about one and half years we worked for nothing. No salary at all. We went to the embassy and they didn't want to know. So we went to the agent. … Turns out that he was handling hundreds of people, and none of their salaries were paid."

Mr McKinnel said the investigations would continue, as the group tried to trace fish from the ships to retail products hitting the shelves. He said while the supply chains were complex, there was a high chance New Zealand products were contaminated by slave-caught fish.

"I think there's a very real prospect that that is the case… we can be fairly sure some of these products are making their way onto our shelves, and into people's homes."

She said Mars Petcare did not tolerate forced labour practices in any aspect of its supply chain, and while the company would "endeavor to work with suppliers who have the ability to consistently meet our standards and specifications," this goal "continues to be a work in progress".

"Even though Mars is a relatively small player in the Thai fishery industry, we are committed to putting in the resources required to understand the situation better, promote the right behaviours and contribute to driving change," she said.

Greenpeace campaigner and lawyer Kate Simcock called for the company to put more effort into investigating its supply chains and ensuring its products were not supplied by forced labour.

"It is almost certain slave-produced products are making it into New Zealand markets," she said. "Consumers have the right to know their seafood is not tainted by these human rights abuses."

Ms Hamilton did not respond to questions about whether Whiskas could guarantee its products were not caught by forced labour; or on its relationship with Thai Union as a supplier.