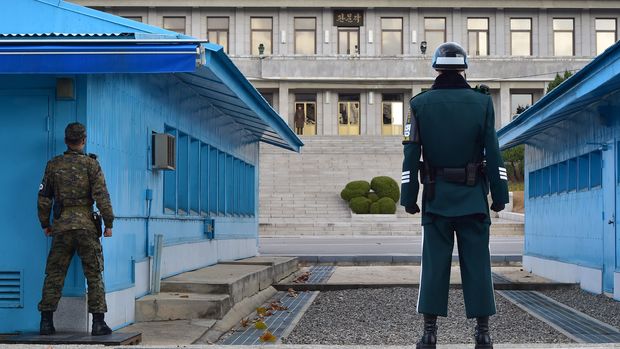 People have defected from North Korean restaurants overseas before but this is the first mass escape from the same one, a South Korean official said.

Overseas North Korean workers are usually thought to be chosen largely because of their loyalty.

North Korean defections are a bitter point of contention between the two Koreas.

Mr Jeong did not reveal where they were working to avoid causing diplomatic rifts or endangering North Koreans still working in the country.

According to a staff member at the Crowne Plaza hotel in Danang, Vietnam, a North Korean restaurant there recently closed down and all staff left the country, the Associated Press reported.

It could not confirm a link to the defections.

North Korea is reported to run an estimated 130 restaurants in other countries, primarily in Asia, providing essential hard currency for the regime.

Seoul believes the restaurants have been struggling since new sanctions were applied on Pyongyang following a recent nuclear test.

The Unification Ministry's website says more than 29,000 North Koreans have defected to South Korea as of March.