South Africa's parliament has voted not to impeach President Jacob Zuma, despite a court ruling against him. 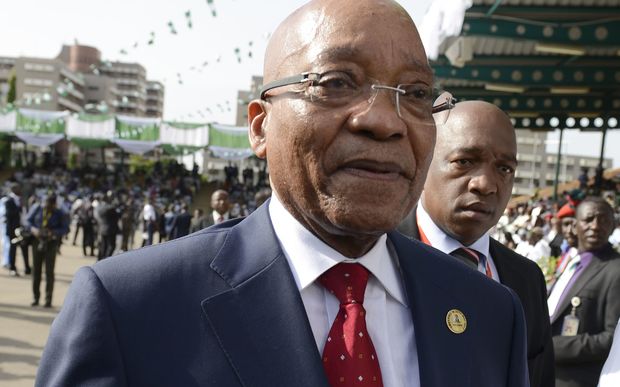 The opposition tabled the motion after the country's highest court ruled Mr Zuma had violated the constitution by refusing to repay some of the millions of dollars of public funds spent on his private residence.

After a rowdy debate, the motion was opposed by 233 MPs and the governing African National Congress defeated the motion, saying Mr Zuma was not guilty of "serious misconduct".

It had been backed by 143 from the opposition Democratic Alliance, ANC-breakaway group Economic Freedom Fighters and small parties.

"When a president violates the constitution he can be removed by this parliament.

"It was therefore our duty to table this motion because we believe in the rule of law and we will do what is right."

The opposition said Mr Zuma was a "crooked" president, not fit to govern.