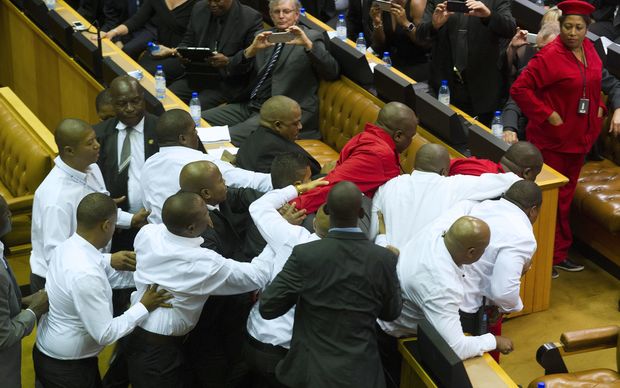 Mr Malema and allies from his Economic Freedom Fighters party raised numerous points of order after Mr Zuma began his annual state of the nation speech.

The speaker of parliament then ordered that they be removed.

The largest opposition party, the Democratic Alliance, walked out in protest at the removal of the MPs.

Speaker Baleka Mbete did not clarify whether police or parliamentary security officers had ejected the EFF MPs.

The opposition said this was an important distinction, with one MP saying the use of police would be a way of intimidating the opposition.

Last year, the EFF disrupted another presidential speech, chanting: "Pay back the money". 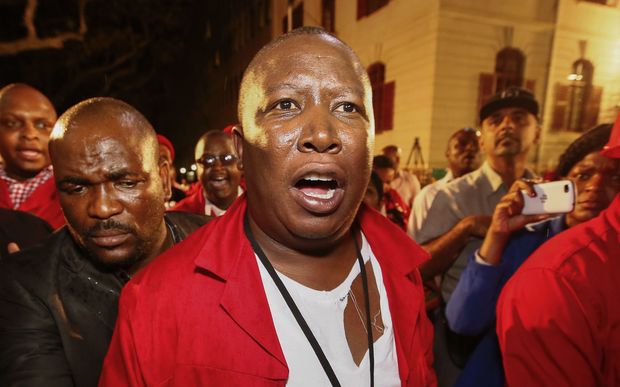 They accuse Mr Zuma of benefiting unduly from taxpayer-funded upgrades to his private residence in the village of Nkandla and they wanted Mr Zuma to answer questions about this before making his state of the nation speech.

The president has denied any wrongdoing.