Mr Gunnlaugsson has resigned after leaked files showed his wife owned an offshore firm with big claims on the country's collapsed banks. 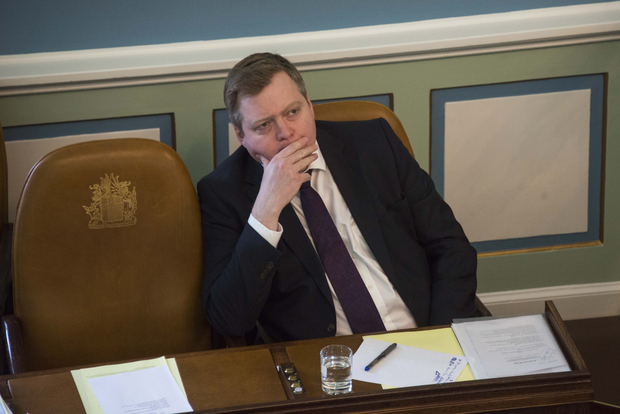 Mr Gunnlaugsson is one of dozens of high-profile figures caught up in the leak of papers, revealing financial arrangements of politicians and public figures from around the world, from Panama law firm Mossack Fonseca that specialises in setting up offshore companies.

They showed the prime minister owned an offshore company, Wintris, with his wife. Mr Gunnlaugsson has said his wife's overseas assets were taxed in Iceland.

But his opponents say he should have been open about the overseas assets and the company, and that he had a conflict of interest because the government is involved in striking deals with claimants against the bankrupt banks.

The prime minister stepped down down ahead of a planned vote of no-confidence, hours after asking President Olafur Ragnar Grimsson to dissolve parliament.

The president had said he would talk with the main parties before making a decision. Dissolving parliament would almost certainly lead to a new election. 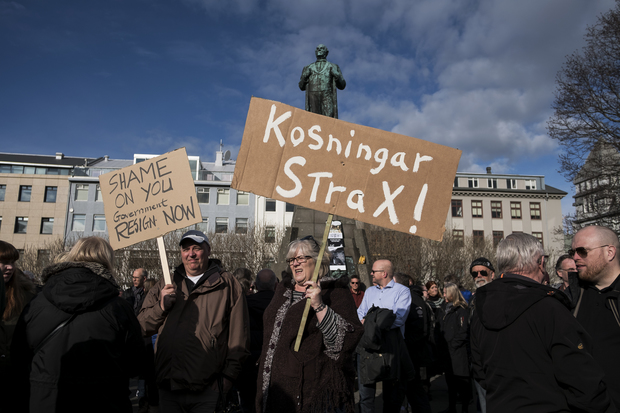 On Monday, the opposition filed a motion of no-confidence and thousands of people gathered in front of parliament, hurling eggs and bananas and demanding the departure of the leader of the centre-right coalition government, in power since 2013.

A government spokesman has said the claims against Iceland's collapsed banks held by the firm owned by the prime minister's wife - in which he also temporarily held a stake - totalled more than 500 million Icelandic crowns ($NZ5.6 million).

Iceland's main commercial banks collapsed as the global financial crisis hit in 2008 and many Icelanders have blamed the North Atlantic island nation's politicians for not reining in the banks' debt-fuelled binge and averting a deep recession.

The ruling Progressive Party's deputy leader Sigurdur Ingi Johansson, who holds the fisheries and agriculture portfolio, told reporters after a party meeting that the party planned to name him as the new leader.