Protesters have demanded Iceland's prime minister step down over allegations he concealed investments in an offshore company. 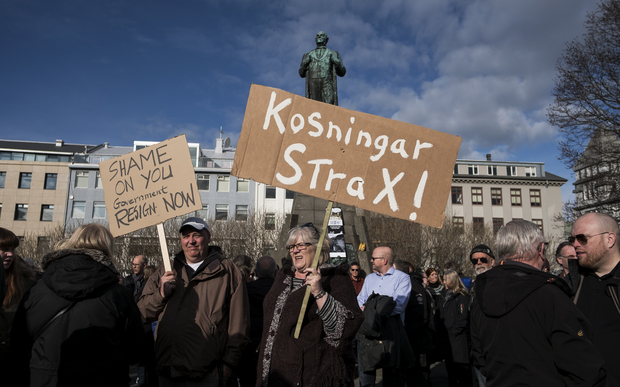 Sigmundur Gunnlaugsson earlier refused to resign after details about Wintris, which he owned with his wife, were made public in a massive data leak.

He did not declare an interest in Wintris when entering parliament in 2009.

More on the so-called Panama Papers

Opposition parties say they plan to hold a confidence vote.

Mr Gunnlaugsson says no rules were broken and his wife did not benefit financially.

He sold his 50 percent of Wintris to his wife, who already owned the other 50 percent, for $US1 eight months after entering parliament.

The offshore company was used to invest millions of dollars of inherited money, according to a document signed by Mr Gunnlaugsson's wife, Anna Sigurlaug Palsdottir, in 2015.

Court records show that Wintris had stakes in bonds issued by three Icelandic banks that collapsed in 2008.

As prime minister, Mr Gunnlaugsson resisted pressure from foreign creditors to make the Icelandic banks repay deposits in full after their collapse.

Had foreign investors been repaid, it might have adversely affected both the Icelandic banks and the value of the bonds held by Wintris.

But Mr Gunnlaugsson kept his wife's interest in the outcome a secret. 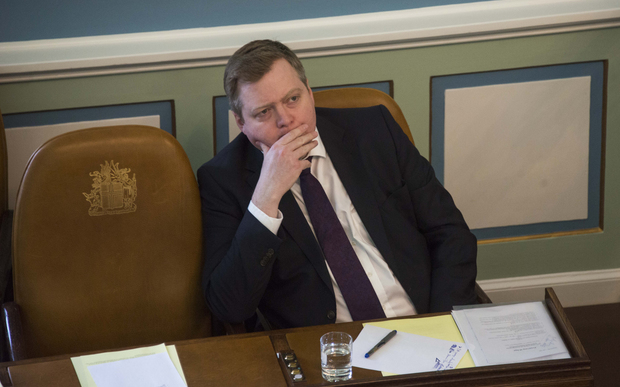 In an interview with Channel 2, the prime minister insisted he had always put the public interest first.

"The government has had good results. Progress has been strong and it is important that the government can finish their work."

The information was contained in a leak of 11 million internal files from the Panama legal firm Mossack Fonseca.

The International Consortium of Investigative Journalists (ICIJ), which obtained the documents, has said it will release the full list of companies and people linked to them next month. 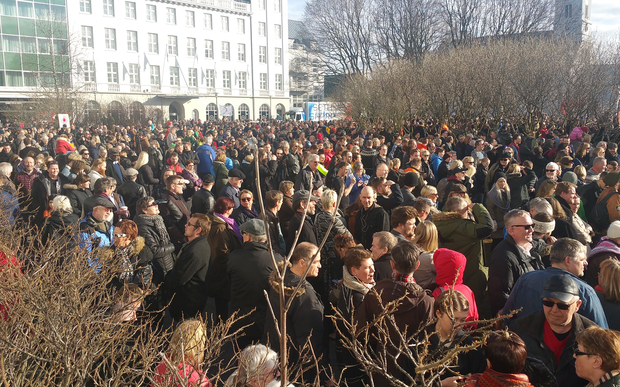 A large crowd of protesters gathered in Reykjavik on Monday. Photo: CITIZENSIDE