The US military has carried out an air strike against a senior leader of the al Qaeda-linked militant group al Shabaab in Somalia, the Pentagon said. 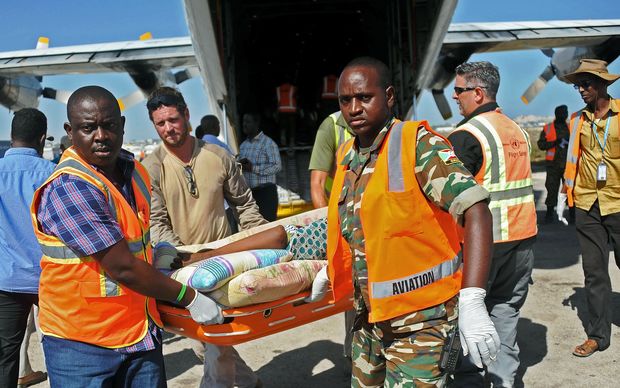 The results of the air strike, which was carried out on Thursday (local time), were still being assessed, it said.

The target of the operation, Hassan Ali Dhoore, played a direct role in al Shabaab's Christmas Day 2014 attack on the Mogadishu airport in which one American was among those killed and an attack on a Mogadishu hotel in 2015 that killed 15 people, including a Somali-American, the Pentagon said.

"Removing Dhoore from the battlefield would be a significant blow to al-Shabaab's operational planning and ability to conduct attacks against the government of the Federal Republic of Somalia, its citizens, US partners in the region, and against Americans abroad," the Pentagon said in a statement.

The strike came weeks after the United States targeted an al Shabaab training camp in Somalia in an air strike that the Pentagon said killed more than 150 fighters.

Al Shabaab was pushed out of Mogadishu by African Union peacekeeping forces in 2011 but has remained a potent antagonist in Somalia, launching frequent attacks in its bid to overthrow the Western-backed government.

The group, whose name means "The Youth," seeks to impose its strict version of sharia law in Somalia, where it frequently unleashed attacks targeting security and government targets, as well as hotels and restaurants in the capital.

Al Shabaab was also behind deadly attacks in Kenya and Uganda, which both contribute troops to an African Union peacekeeping force in Somalia.