The man credited with first raising the issue of climate change says it is worse than previously expected, and governments are not doing enough. 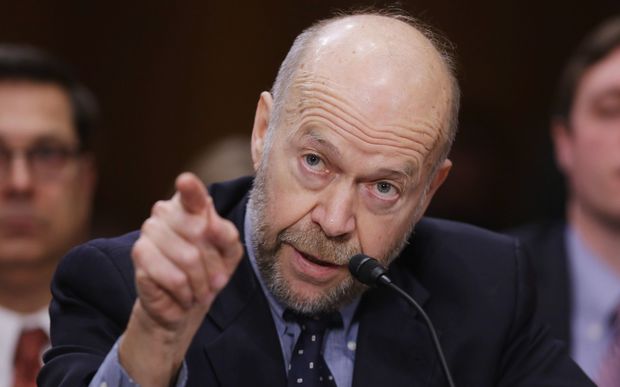 James Hansen testifies in 2014 during a hearing about the proposed Keystone XL pipeline which would carry tar sands oil from Canada to the United States. Photo: AFP

He had just published a paper with 18 other scientists predicting that the effect of climate change will be worse than currently expected.

Dr Hansen said governments talked as if they were addressing the issue but their actions so far had been inadequate.

"Unless you make the price of fossil fuels honest by including their cost to society, people will just keep burning them. It doesn't help to promise to try to do better in the future.

"So unless you have a rising fee or tax on carbon you're not going to solve the problem."

The paper said the impact of global warming would be quicker and more catastrophic than previously thought.

Mr Hansen first drew attention to the issue in 1988, and said the seas around Antarctica were warming quickly, causing polar sheets to melt and sea levels to rise.

That was because of the amount of carbon dioxide going into the atmosphere because of human activity, he said.

"And the rate at which we're adding it [carbon dioxide] is as I said more than 10 times faster than any natural rate that's occurred in the last 66 million years."