Sylvia Anderson, best known as the voice of Lady Penelope in the TV show Thunderbirds, has died after a short illness. 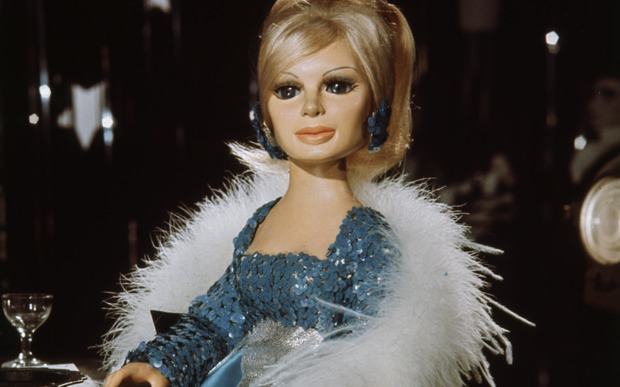 Anderson co-created the hit science-fiction puppet series, which ran from 1965, with her late former husband Gerry.

In a career spanning five decades, she also worked on shows Joe 90 and Captain Scarlet, and for US TV network HBO.

She died at her Berkshire home, aged 88. Her daughter, Dee Anderson, described her as "a mother and a legend".

"Her intelligence was phenomenal but her creativity and tenacity unchallenged. She was a force in every way."

Gerry Anderson died in 2012 after suffering from Alzheimer's.

We're very sad to hear that Sylvia Anderson, co-creator of Thunderbirds has passed away. pic.twitter.com/NslylKwRpf

Nick Williams, the chairman of Fanderson - a fan club dedicated to the work of Gerry and Sylvia Anderson - told BBC Breakfast she was a "huge influence" on the entertainment industry.

"She was one of the first really prominent women in the film and TV industry," he said, adding that Anderson leaves behind "an amazing legacy of fantastic television, really groundbreaking entertainment".

Born in south London to a boxing promoter and a dressmaker, Sylvia Anderson graduated from the London School of Economics with a degree in sociology and political science.

She spent several years in the US and worked as a journalist before returning to the UK and joining a TV production company, where she met her future husband.

When he started his own company, AP Films, she joined him, and the couple began making puppet shows.

They developed a production technique using electronic marionette puppets, called Supermarionation, in which the voices were recorded first. When the puppets were filmed, the electric signal from the taped dialogue was hooked up to sensors in the puppets' heads.

That made the puppets' lips move perfectly in time with the soundtrack.

In 1963, the couple came up with the idea for Thunderbirds, which told the story of the Tracy family who form a secret organisation dedicated to saving human life, set in the future.

As well as co-creating and writing the series, Anderson worked on character development and costume design.

The character of Lady Penelope, a glamorous agent, was modelled on Anderson's own appearance, and she also provided her characteristic aristocratic voice.

The success of Thunderbirds led to two feature films and a toy and merchandise empire.

Three new programmes were made last year to mark the 50th anniversary of the series.

Other shows which the couple worked on include Stingray, Fireball XL5 and Secret Service.

However, the partnership ended when they divorced in 1981.

Sylvia went on to work as head of programming for HBO in the UK, and write several books.

Her family said she had many famous friends, "but would always find time to take care of people who were suffering or in need of support", and worked with many charities, including Breast Cancer Care.

Her daughter, Dee Anderson, is a singer and songwriter, and her son, Gerry Anderson Junior, is an anaesthetist.

She also leaves four grandchildren and one great-granddaughter.