Al Qaeda-linked militants have killed at least 16 people in a gun attack on a beach resort in southern Ivory Coast. 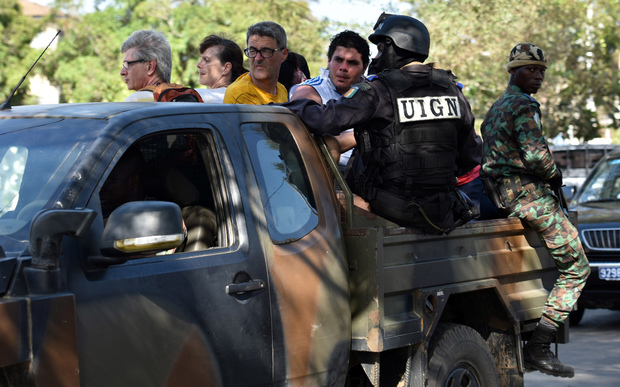 The attackers fired on beachgoers in the town of Grand Bassam, about 40km from the commercial capital Abidjan.

The resort is popular with both locals and foreigners. Four of the dead were Westerners, including a French and a German national, according to officials.

Al Qaeda in the Islamic Maghreb (AQIM) has claimed the attack. The gunmen have been "neutralised", Interior Minister Hamed Bakayoko said.

Ivory Coast was once one of the most stable countries in West Africa.

However, a civil war broke out in 2002, pitting the mainly Muslim north against the largely Christian south. Since then, peace deals have alternated with renewed violence. 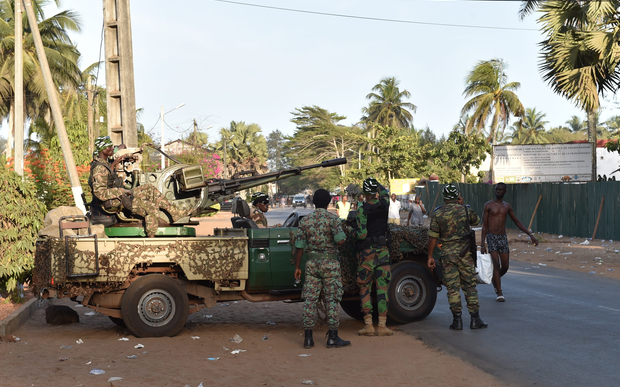 Armed forces take position after the attack, which left bodies strewn on the beach. Photo: AFP

A witness to the attack told AFP that "heavily armed men wearing balaclavas" had opened fire near the L'Etoile du Sud Hotel, which was full of expats.

Fourteen of those killed were civilians and two were soldiers, officials said - describing the attack as an act of terrorism.

Mr Bakayoko said four of the civilians were Westerners, including a French and a German national. French President Francois Hollande has condemned the "cowardly attack".

The nationalities of the other victims have not been released.

BBC regional reporter Maud Jullien said Ivory Coast had been identified as one of several countries in West Africa at risk of being targeted by Islamist militants.

AQIM claimed deadly attacks on luxury hotels in Mali in November and Burkina Faso in January.

The group, which has its origin in Algeria's civil war of the 1990s, has expanded across the Sahel regions south of the Sahara in recent years. 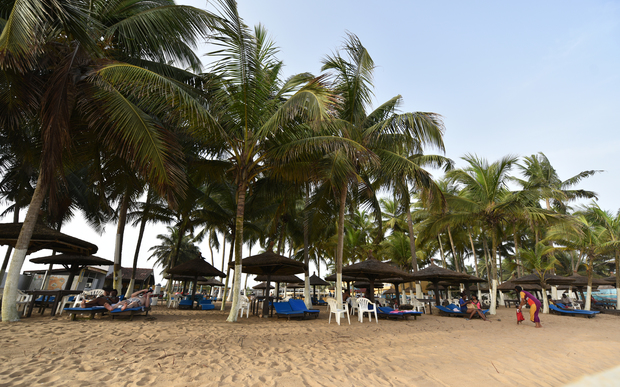 A file photo shows locals resting on the beach in April 2015. Photo: AFP