Lorde received a standing ovation for her David Bowie tribute at this year's Brit music awards, after performing Life on Mars? onstage with the late singer's backing band. 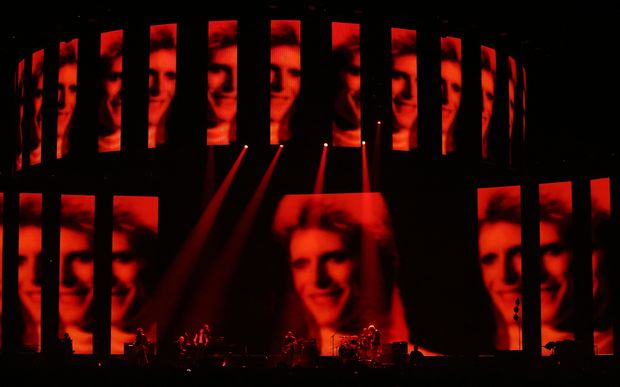 The awards, which have just taken place in the O2 arena in London, were the latest to honour the legendary rockstar who passed away in early January, just days after releasing his final album Blackstar.

Before his death Bowie had called Lorde "the future of music", a fact noted by actor Gary Oldman in his Brits introduction speech. A friend of Bowie's, Oldman picked up an icon award on the musician's behalf.

New Zealander Lorde was joined on stage by Bowie's backing band from his last tour in 2003, who also played a medley of the singer's work.

.@lorde we salute you. A wonderful tribute for the most wonderful of men #BRITs pic.twitter.com/HZ4EurdQtc

She sang the classic song while bathed in red light, and received a standing ovation from the crowd as her performance ended.

.@DavidBowieReal spirit is really here in the arena tonight with that special performance from @lorde here @brits pic.twitter.com/Np0PGbkygA

Lorde wrote a tribute to Bowie soon after his death, saying after meeting him at age 16 she was able to be proud of her "strangeness".