Pharmaceutical giant Johnson and Johnson has been ordered to pay $US72 million to the family of a woman who died from ovarian cancer, because it is believed the company's talcum powder was the cause. 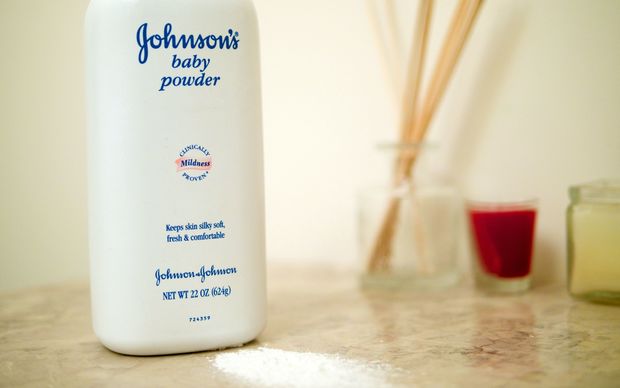 Her lawyers said she used Johnson and Johnson products for more than 30 years for feminine hygiene purposes.

Some research suggests that when the corn starch used in modern talcum powders is applied to the female genital area, particles can travel to the ovaries, irritate them and cause inflammation.

A jury in the US state of Missouri has ordered Johnson & Johnson (J&J) to pay $72m to her family, who believe her death was linked to use of the company's Baby Powder talc.

Her family argued that the firm knew of talc risks and failed to warn users.

J&J denied the claim and was said to be considering an appeal. Researchers said links with ovarian cancer were unproven.

A company spokeswoman said the health and safety of its consumers was paramount and they were disappointed with the outcome of the trial.

"We sympathise with the plaintiff's family but firmly believe the safety of cosmetic talc is supported by decades of scientific evidence."

Chief executive of the British cancer charity Ovacome Louise Bayne said there was a potential risk.

"We've advised for many years to avoid the use of talcum powder below the waist. Although talcum powder that was produced in the 70s contained nasties such as asbestos, the quality of the product is seen to improve but nonetheless there is no need for it and we advise not to use it."

The verdict at the end of the three week trial was the first time damages had been awarded by a US jury over talc claims.

More than 1000 similar cases were pending nationwide and lawyers said thousands more could now be filed.