Crayons containing asbestos should be taken off the market immediately as a precautionary measure, says the Green Party. 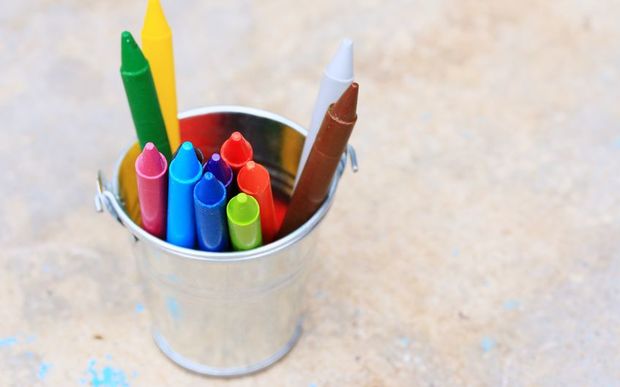 In tests commissioned by the Ministry of Health, three of 21 crayon products were found to contain the hazardous material.

The ministry said the risk posed to people by the crayons is considered low and the products are not being withdrawn.

"It would be a great approach if the Minister of Health said, 'we don't need these products in the market place, if there's any kind of risk to children - get rid of them.' I don't think that's a particularly extreme measure."

Ms Delahunty said there is no safe level of exposure to asbestos and there are a lot of unknowns about the long-term effects of ingesting it.

Director of Public Health Stuart Jessamine said the ministry decided to start testing crayons for asbestos when they learned the United States and Australia were conducting tests.

The ministry tested products as they were imported across the border into New Zealand.

Mr Jessamine said crayons had been tested for asbestos before.

Tests in the 1990s revealed asbestos in crayons sold in the US and, as a result, the American government asked the companies who were manufacturing the products to change what was in the crayon.

These international tests were a follow up to what was initially done, he said.

The asbestos discovered in the crayons was not in a form that can be easily inhaled.

"The risk of it being present is very low and, in fact, so low that the products are not being taken off the market," Dr Jessamine said.

The asbestos has a molecular structure that is similar to talcum powder.

"That asbestos is a contaminant of that industrial grade talcum powder which is included in some crayons to stabilise them."

Dr Jessamine said the asbestos risk is even low for people who ingest crayons or melt them down.

Suppliers of the products had been made aware of the issue and it was up to them if they withdrew the products, he said.

Crayon suppliers could also have their products tested for asbestos so they could provide assurances to consumers.

He said some companies had told the ministry they had no idea they had been selling crayons containing asbestos.

Warehouse spokeswoman Julia Morton said it took the crayons off its shelves earlier this week as a precaution.

"We wouldn't want to do anything that endangered our customers' health and safety," she said.

The Ministry for the Environment is consulting on a proposal to ban the import of asbestos-containing products to New Zealand.