The extent of devastation across Fiji is slowly emerging as communication is restored with parts of the country cut off by Cyclone Winston. 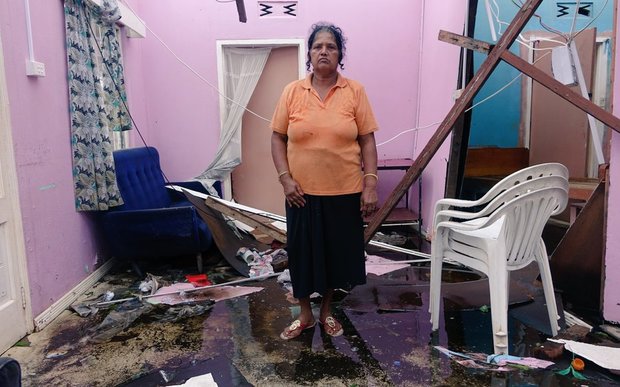 A woman in Ba amid the wreckage of her home. Photo: RNZ / Kim Baker Wilson

The death toll stands at 29 and more than 13,000 people are in evacuation centres, but with assessment teams being sent to the badly-hit outer islands, that number is likely to grow.

International aid has started to flow into Fiji after Saturday's category 5 cyclone, with relief flights arriving from Australia, New Zealand, and France.

Communication has still not been established with much of the northern and eastern islands, and the Yasawa group, to the west of the main island, Viti Levu.

But already, surveillance flights have revealed a grim picture of vast devastation, with entire villages wiped out.

Authorities said it could take months to restore electricity and water supplies, and with crops wiped out and water sources contaminated, there are growing fears of disease.

Some people living without roofs in Ba on the west of Fiji's main island said they still had no food.

They said they had not had any contact from any officials or support agencies.

The daily rain is bringing misery to the countless people who have already lost the roof off their home.

RNZ News' reporter Kim Baker Wilson who is at the scene said one living area he visited had water centimetres thick stretching from the living area to bedrooms. Only one room survived in the home, occupied by a woman in her 90s.

He said roads were often impassable with powerlines like "tangled spaghetti" and damage to houses extensive.

"The roofs were just ripped off, they were just shredded, I've gone to one house where the roof was torn from the front of the home, exposing the living area, and it's ended up at the back of the property half way across the neighbour's property."

He said shops were shut, people were going hungry, and people were being rained on inside their own homes - despite this there is a shortage of safe drinking water.

So far only local volunteers were assisting the many affected people in the area, he said, with the local Red Cross ditching its cars and going house-to-house on on foot.

It said volunteers managed to see about 500 homes today, and it was hoping for the same again tomorrow. 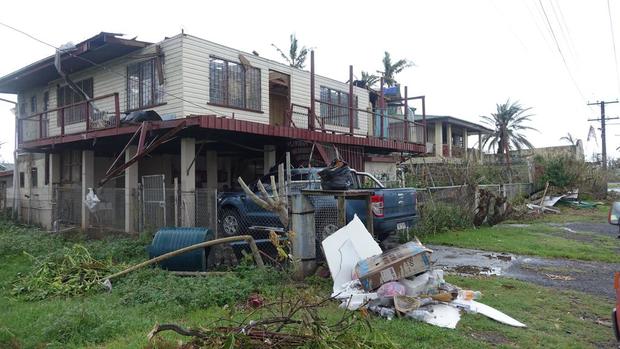 Follow RNZ reporter Kim Baker Wilson, who is in Fiji

An RNZAF Hercules has arrived in Nadi with 12 tonnes of relief supplies including water ration packs and chainsaws.

Meanwhile, China has handed over $100,000 in emergency aid to the Fiji Red Cross in the wake of the cyclone.

The United States Agency for International development is providing an initial US$100,000 in humanitarian aid to the International Federation of the Red Cross and Red Crescent Societies for critical relief supplies and basic water, sanitation, and hygiene assistance.

A USAID disaster expert is on the ground in Fiji to help the government to assess damage, identify needs, and coordinate response efforts.

The European Union has also sent an emergency disaster expert to assess the humanitarian impact of the storm and to recommend how best the EU should support relief and recovery efforts.

The Commonwealth Secretary General has expressed the body's solidarity with Fiji and has called on the Commonwealth family to provide co-ordinated support.

More than 8000 people remain in hundreds of evacuation centres throughout the Fijian islands, and thousands throughout the 300 islands of the archipelago would be displaced for months, authorities said.

Fiji's lines company has warned it could be up to four months before the power supply gets back to normal in some areas. 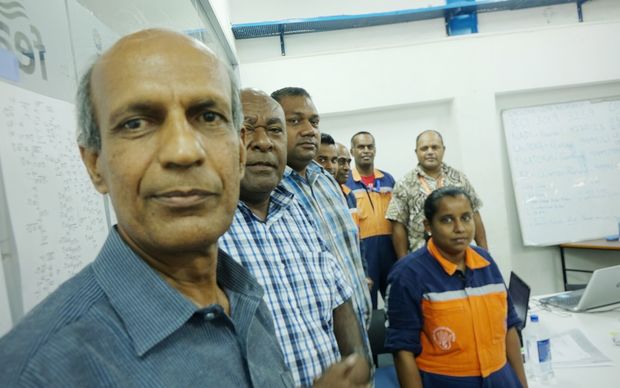 Radio New Zealand International reporter Alex Perrottet, who is in Nadi, said a water shortage and shelter were the most pressing concerns as Fijians started to rebuild their homes.

Water tankers were deployed during the recent droughts and people were again having to collect rain water in buckets.

"We were told that those tanks would be used and reused for emergency situations. We haven't seen or heard any word about whether they've been deployed yet," he said.

"People would be seriously after those things but they're also calling just for tarpaulins, just to be able to build some temporary shelters."

Perrottet said the effects of the cyclone further north and west in Fiji was likely to be more serious.

However, the cyclone had not dented the big-heartedness of Fijians, who were still offering hospitality to strangers.

Aid worker Alice Clements said the Fijian government was well prepared for Cyclone Winston but the scale of the destruction was breathtaking.

"Day by day we're getting more and more aerial photos and a few photos from on the ground itself which are telling us that islands such as Koro have simply been flattened," she said.

"It seems highly likely that the scale of this destruction is going to very quickly outrun even the best preparation."

Many families had lost everything in the cyclone, including their source of food, and schools and health centres had also been damaged, Ms Clements said.