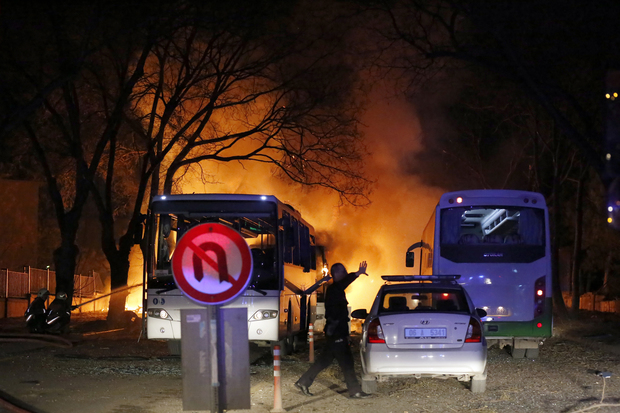 A large explosion in the Turkish capital, Ankara, has left at least 28 people dead and 61 injured, Turkish officials have said.

A vehicle full of explosives was detonated as military buses were passing by, according to the Ankara governor's office.

The government said both soldiers and civilians were killed in the explosion which took place near a busy intersection less than 500 metres from parliament during the evening rush hour.

Witnesses said the blast was heard all over the city. 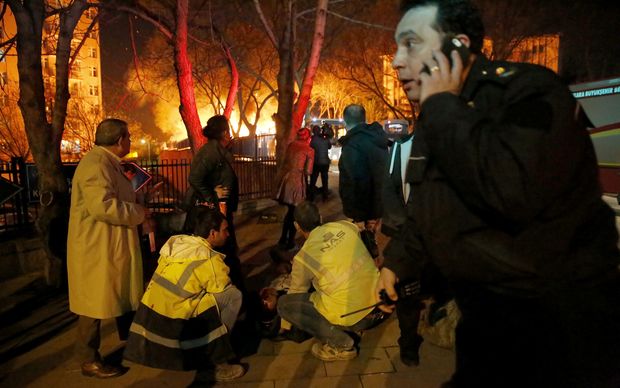 It is not clear who was behind the violence; security sources blamed both so-called Islamic State (IS) and militants from the banned Kurdistan Workers Party (PKK), Reuters reported.

The attack was the latest in a series of bombings mostly blamed on Islamic State over the past year.

It comes as the Nato member gets dragged ever deeper into the war in neighbouring Syria and tries to contain some of the fiercest violence in decades in its largely Kurdish southeast.

Turkey faces multiple security threats; it is part of a US-led coalition fighting Islamic State in neighbouring Syria and Iraq, and has been shelling Kurdish militia fighters in northern Syria in recent days.