Thousands of people have called on the New South Wales government to reconsider new laws forcing cyclists to carry identification. 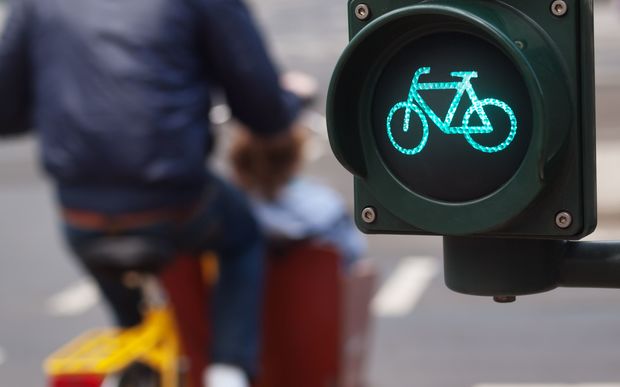 Fines for not wearing a helmet or holding onto a moving car will increase to $A319, while running a red light will incur a $A425 fine.

A coalition of cycling groups delivered a print-out of an online petition with more than 10,000 signatures to the state's parliament in Sydney today.

But Bicycle NSW chief executive officer Ray Rice claimed the office of Premier Mike Baird would not send a representative down to accept the petition.

"We are very disappointed that we have over 10,000 concerned bicycle riders [and] 26 bicycle groups from around NSW and the Premier has not taken any notice of this," Mr Rice said.

He said there was no evidence to support the laws and the increased fines.

"There's no evidence produced that police have problems identifying riders at the moment," he said.

"They're being billed as safety measures but really the overall message there is that they're a bit anti-cycling."

Labor roads spokeswoman Jodi McKay came down and accepted the petition from the group in the front courtyard of parliament.

She said the government needed to at least listen to the groups' concerns.

"I think the Premier should show these groups, these 26 cycling groups, the courtesy of actually meeting with them and hearing what they have to say," Ms McKay said.

"I have written to the Roads Minister. I've indicated I want to see the evidence for the laws on photo ID. I want to know why those fines have been increased because we haven't seen any evidence or justification to show that those two initiatives are actually going to improve safety."

Online petitions with 10,000 signatures do not automatically trigger a debate in the NSW parliament as paper petitions previously did.