More than five and a half million people worldwide are dying prematurely every year as a result of air pollution, according to new research. 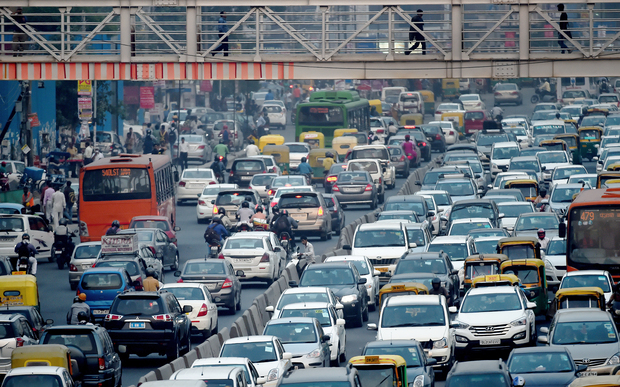 Commuters in their vehicles clog the roads of New Delhi. Photo: AFP

Most of these deaths are occurring in the rapidly developing economies of China and India.

The main culprit is the emission of small particles from power plants, factories, vehicle exhausts and from the burning of coal and wood.

The data was compiled as part of the Global Burden of Disease Project.

Scientists involved in the initiative say the statistics illustrate how far, and how fast, some nations must travel to improve the air their citizens breathe.

"In Beijing or Delhi on a bad air pollution day, the number of fine particles (known as PM2.5) can be higher than 300 micrograms per cubic metre," explained Dan Greenbaum from the Health Effects Institute, in Boston, US.

Breathing in tiny liquid or solid particles can increase the risk of heart disease, stroke, respiratory complaints and even cancer. 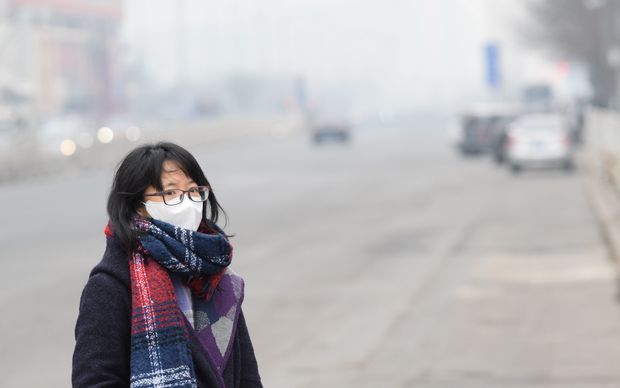 A pollution 'red alert' was issued in Beijing in December. Photo: AFP

And while developed nations have made great strides in addressing the problem in the past few decades, the number of people dying as a result of poor air quality in developing countries is still climbing.

According to the study, air pollution causes more deaths than other risk factors such as malnutrition, obesity, alcohol and drug abuse, and unsafe sex.

The Global Burden of Disease Project puts it as the fourth greatest risk behind high blood pressure, dietary risks and smoking.

In China, there are said to be about 1.6 million deaths a year; in India, it is roughly 1.3 million. This data is from 2013, the most recent year for which it is available.

The key sources of pollution concern are slightly different in each nation, however.

In China, the dominant factor is particle emissions from coal burning.

The project calculates this source alone is responsible for more than 360,000 deaths every year.

And even though China has targets to restrict coal combustion and emissions in the future, it may struggle to bring down the number of deaths because it is acquiring an aging population and these citizens are naturally more susceptible to the illnesses associated with poor air quality.

"So, we think more aggressive policies are urgently needed to reduce the emissions from coal combustion and other sectors," stated project researcher Qiao Ma, a PhD student at Tsinghua University in Beijing. 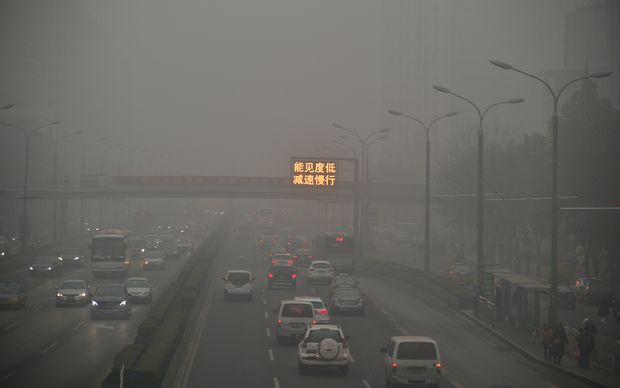 In India, the problem that draws particular attention is the practice of burning wood, dung, crop residues and other materials for cooking and heating.

And looking at the broad economic trends in India, the research team says the country runs the risk of having even poorer air quality in the future.

Chandra Venkataraman, from the Indian Institute of Technology Bombay, in Mumbai, warned: "Despite proposed emissions control, there is significant growth in the demand for electricity as well as industrial production.

"So, through to 2050, this growth overshadows the emissions controls (in our projections) and will lead to an increase in future air pollutant emissions in 2050 in India."

Michael Brauer, from the University of British Columbia in Canada, said the statistics should make governments think hard about the scope of their anti-pollution policies.

They ought to spur greater ambition, he added.

"The trick here is to not take the 50 or 60 years that it took in the high income countries, and to really accelerate the process; and that's really where we think these statistics, the data, will come in handy," he said.

"In the US, we know that for every dollar spent on air pollution improvements, we can get between a $4-$30 benefit in terms of reduced health impacts."

The research team was presenting its findings at the annual meeting of the American Association for the Advancement of Science.