A 94-year-old former Nazi SS guard at the Auschwitz death camp has gone on trial in Germany over the murder of at least 170,000 people. 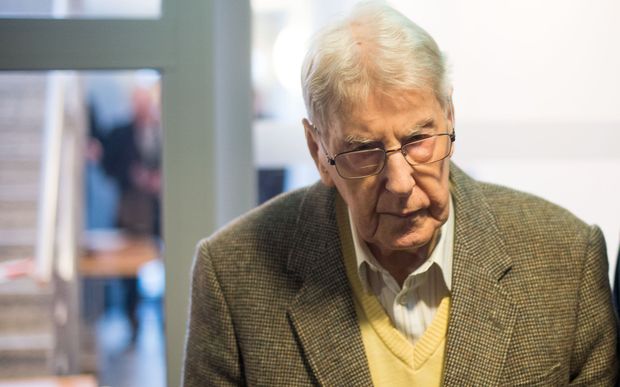 Prosecutors say Reinhold Hanning met Jewish prisoners as they arrived at the camp in occupied Poland and may have escorted some to the gas chambers.

Mr Hanning has admitted being a guard but denies involvement in mass murder.

He is being tried in the city of Detmold, in what is likely to be one of the last cases of its kind.

Mr Hanning is one of four elderly former Nazi guards - three men and a woman - who are due to go on trial in the coming months.

The Nazis killed about 1.1m people at Auschwitz, most of them Jews. 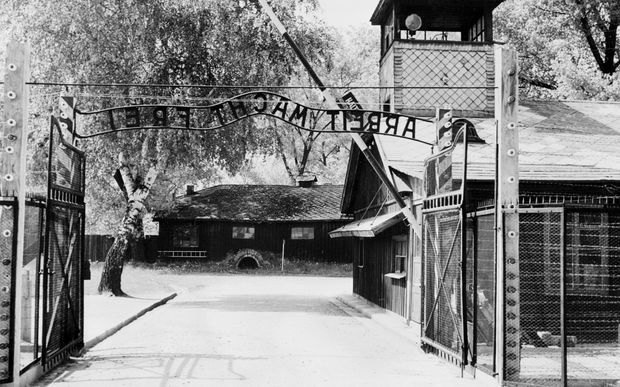 The entrance to Auschwitz Photo: AFP

Mr Hanning was an SS guard at Auschwitz from 1943-44, at a time when hundreds of thousands of Hungarian Jews were murdered there.

His trial is being held in the west German city's chamber of commerce, in order to accommodate more people.

Each trial session will last just two hours, due to the defendant's age.

Survivors of the World War II death camp are due to testify against Mr Hanning.

"The chimneys were spewing fire... the smell of burning human flesh was so unbelievable that one could hardly bear it," 94-year-old Leon Schwarzbaum was quoted by the Associated Press news agency as saying.

Until recently, prosecutors were required to provide evidence that defendants were directly involved in the killings.

But that changed with the 2011 conviction of John Demjanjuk, when a judge concluded that his activities as a camp worker in Nazi-occupied Poland amounted to complicity in mass murder.

Last year a German court sentenced Oskar Groening, 94, to four years in jail as an accessory to the murder of at least 300,000 people at Auschwitz.

Known as the SS "book-keeper of Auschwitz", he was allegedly responsible for counting banknotes confiscated from prisoners.