A zoo in the UK has bred the first tuatara to be hatched outside New Zealand.

Lead keeper Isolde McGeorge has taken care of the species at the zoo since 1977 and said breeding tuatara was "an incredible achievement". 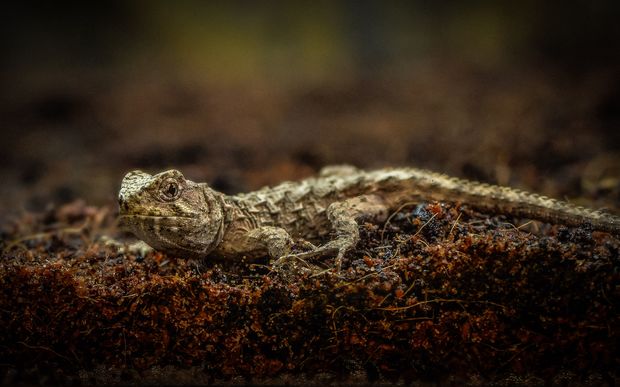 The tuatara was born at Chester Zoo on 5 December weighing 4.21 grams following a 238-day incubation period.

"They are notoriously difficult to breed and it's probably fair to say that I know that better than most as it has taken me 38 years to get here," said Ms McGeorge.

"It has taken lots of hard work, lots of stressful moments and lots of tweaking of the conditions in which we keep the animals along the way but it has all been very much worth it.

"They really are a living fossil and an evolutionary wonder."

The new arrival is the offspring of mother Mustard and father Pixie, which arrived with four other females from Wellington Zoo in 1994.

"The night before it hatched I spotted two beads of sweat on the egg. I had a feeling something incredible was about to happen and so I raced in early the next day and there she was. Immediately I broke down in tears - I was completely overwhelmed by what we had achieved."

A zoo spokesperson said the zoo had waited until they were sure the tuatara was healthy before deciding to "go public" with news of the December hatching.

Tuatara are ancient reptiles that once flourished as long ago as 225 million years, before dinosaurs existed. Around 70 million years ago the species became extinct everywhere except New Zealand.