Ten years after tuatara were released for the first time on mainland New Zealand in more than 200 years, researchers have gone bush to find out how the rare reptiles are faring. 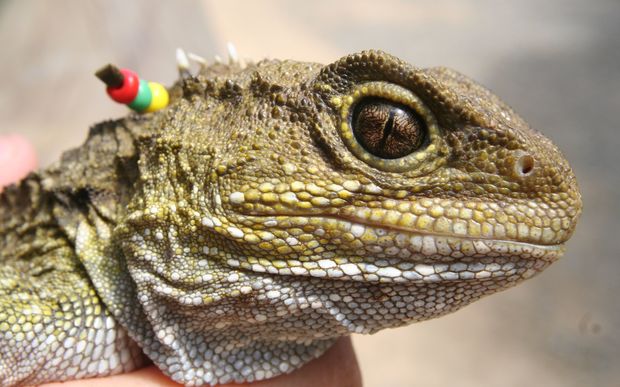 'RGY', who is known as Bob to researchers due to his Rastafarian-coloured beads. Photo: Tom Lynch

The aim of the December project was to find out if the last survivors of an order of reptiles that thrived in the age of the dinosaurs were growing in number or likely to be consigned to history.

Prior to their release in Zealandia, tuatara, who are only found in New Zealand, survived in the wild on 32 offshore islands. The circumstances were ideal as the islands were usually predator-free with ready-made burrows thanks to the seabirds that inhabited them.

Zealandia, in the Wellington suburb of Karori, is renowned for housing some of New Zealand's rarest birds, reptiles and insects.

In 2005, 70 of the 'living fossils' were brought across Cook Strait from Takapourewa, or Stephens Island, and released into the 225ha Zealandia.

Now, 10 years on from that first release, the ancient creature encountered a much younger species - the human - keen to find out if tuatara were flourishing or failing to breed. 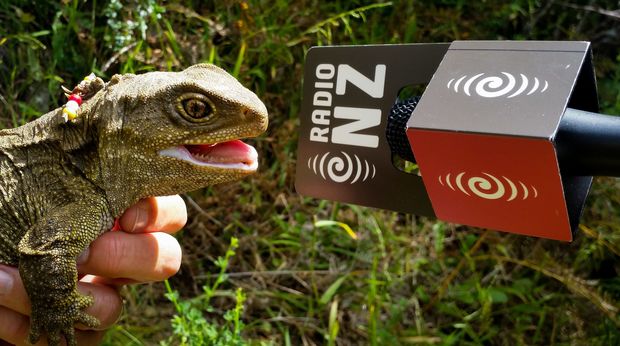 The tuatara known as BOB gets close to RNZ. Photo: RNZ / Laura Bootham

Researchers from Victoria University of Wellington and Zealandia gleaned valuable information about their future prospects and conservation.

Nicky Nelson's fascination with tuatara saw her devote years to studying how to aid the reptiles' survival and the impact of developments such as climate change on its longevity.

The associate professor said being able to survey the first wild population of tuatara on mainland New Zealand in such a long time was very exciting.

"We're just learning about how robust or how plastic the behaviour of these animals is and the thing for tuatara is that it's all happening in their life span so if they live 100 years, the animals alive today have to cope with a changing environment."

She said they did not expect to find all the tuatara as they were too hard to spot, but those captured, weighed and measured indicated how well the overall group were faring. 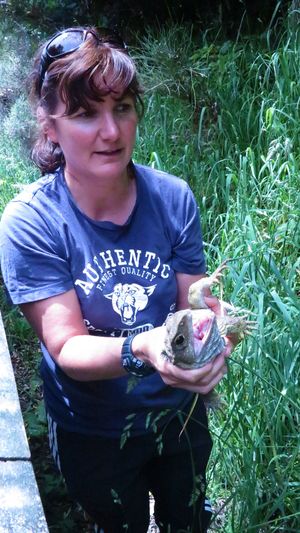 Ms Nelson explained that tuatara were 'tickled' into action by a coat hanger wire or car arial being extended into their burrow and prodded around. The reptile reacted to what it thought was a predator in its burrow and made a quick exit right into the hands of a waiting researcher.

"That's a really good measure on how good the environment is for nesting and it's a great sign of a self-sustaining population if you've got babies coming along and growing and doing well. We're catching a lot of founders and a lot of their babies... that's a great sign for the population."

The survey found female tuatara were gravid (carrying eggs), while the final tuatara tally came to 69, with 21 of those born in the ecosanctuary. The researchers described those numbers as a great result from the three-day search for the reptile.

The positive results have given devotees of the living fossils confidence they are not about to become ancient history any time soon.