This country's largest mainland ecological restoration project, on Maungatautari in Waikato has been going for over ten years and is being hailed a real success.

The inland ecological island covers 3400 hectares on the mountain behind Lake Karapiro and is surrounded by 47 kms of predator-proof fence. 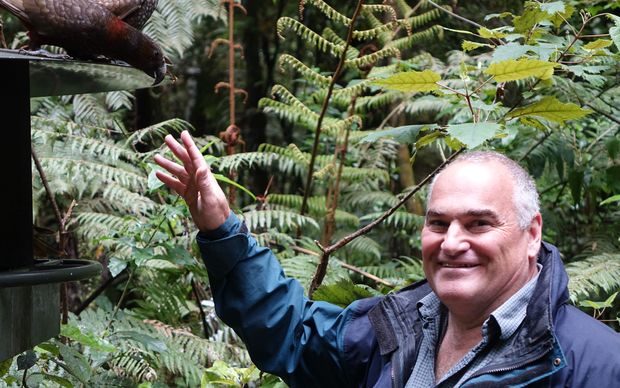 Most pests and predators have been successfully eradicated from the reserve allowing native plants and trees to recover and birds to return.

An example of birds returning to Maungatautari is the Kaka. In a clearing on the mountain, a flock of about eight swoop down for some nuts being fed to them by nature heritage manager, Matt Cook.

The birds are banded but workers in the reserve look for un-banded Kaka which means that they were raised on Maungatautari or have flown in from elsewhere.

Mr Cook says monitor tracking tunnels are set up all over the reserve to get an early warning of any pest that may have managed to get in.

They are made of black plastic and have an inked card in the bottom which picks up the prints of any pest passing through. If any tracks are found, a response plan swings into action.

"We put in a grid of traps and bait stations and we run it for six weeks until the tracking tunnels run clear. We either catch the animal in the trap or at least poison it," says Mr Cook.

Craig Laxon oversees the maintenance of the predator-proof fence and responds to alarms that are set off when trees or branches fall across the fence allowing pests free entry to the reserve.

Invariably these alarms often go off in the middle of the night, and there is only a 90-minute window to deal to it. 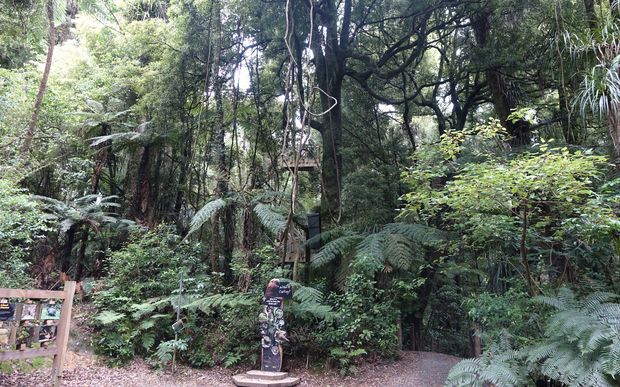 He says a trial was carried out by cutting holes in the fence and putting cages on the inside. Cameras were then used to monitor how often predators visited.

"The amount of effort that goes into monitoring for incursions puts it into perspective because if there is a breach there is a whole lot more work for everyone.

"We have had re-invasions, and that is why it is critical that we get there as soon as we can."

He says at times three or four sections of fence have been compromised with just one fallen tree.

There is a very small number of paid workers at Maungatautari. The success of the project is very reliant on volunteers.

"Everytime I come it is a huge surprise at how beautiful it is and the size of the trees. It is a fantastic project, " says Katherine

Tina Reid is from Wellington and is a regular at Zealandia in Karori.

"This is so different and it's neat to see a whole mountain like this preserved and it is really awe inspiring."

The Maungatautari Ecological Trust was formed in 2002 and the fence was completed four years later.

Now about 30,000 people visit the reserve each year.

John Simmonds is the trust's general manager and says about 3000 students take part in the reserve's education programme each year.

"We have a number of attractions coming up which will enhance the significance of the island which is the re-introduction of Kokako starting next autumn."

He says the wetland is also popular.

"There is a takahe with a chick, there are a number of tuatara that pretty much can be guaranteed to be seen by visitors, all in a very natural setting." 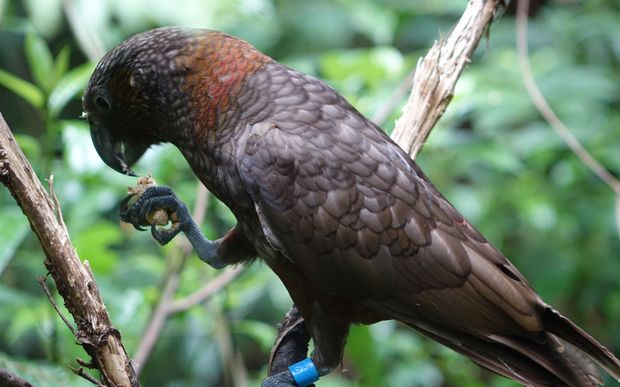 The kaka has returned to Maungatautari. Photo: RNZ / Andrew McRae

"One American firm is interested in bringing a large number of tour groups into New Zealand and they would like to include Maugatautari and if we can get that level of interest from other groups then that will certainly make the whole sustainability of Maungatautari a lot more easy than it currently is."

Mr Simmonds says the accessibility of Maungatautari without the need to go into a remote part of the country, is what makes the ecological island reserve unique.