Hundreds of MPs have begun a parliamentary session in Myanmar to see in the first democratically elected government in more than 50 years. 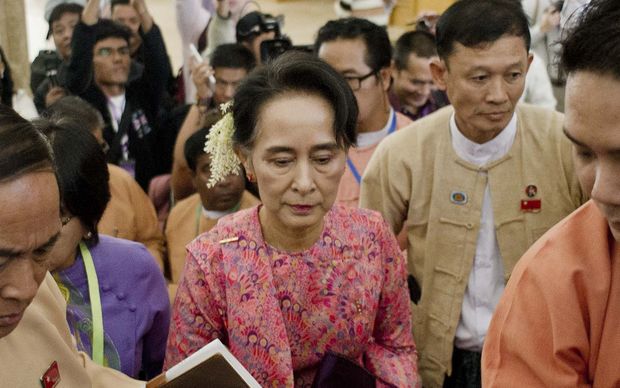 It is an assembly dominated by MPs from Aung San Suu Kyi's National League for Democracy (NLD), which won 80 percent of elected seats in November's poll.

But a quarter of all seats are reserved for the military, which also retains control of key ministries.

One of the new parliament's first jobs will be to choose a new president.

Outgoing leader Thein Sein steps down at the end of March, but Ms Suu Kyi, who spent 15 years under house arrest, is constitutionally barred from standing because her sons are British not Burmese.

She has previously indicated, however, that she will seek to exert influence through the new leader.

The new parliament will also be choosing its new chairman, as well as the speakers and deputy speakers of both the lower and upper houses.

Last week Ms Suu Kyi confirmed her party will choose Win Myint as speaker of the lower house and Win Khaing Than, as the upper house speaker.

"We will work to get human rights and democracy as well as peace," NLD MP Nyein Thit told AFP news agency as he arrived at parliament. Ms Suu Kyi did not speak to reporters as she entered the building.

The transition from military-only rule will go on until the NLD government officially starts its term in April. The army overthrew the last democratically-elected parliament in 1962.

Despite the NLD's landslide last November the military still retains significant control. While it still has 25 percent of seats in parliament under the constitution, it also retains control of the important home affairs, border affairs and defence ministries.