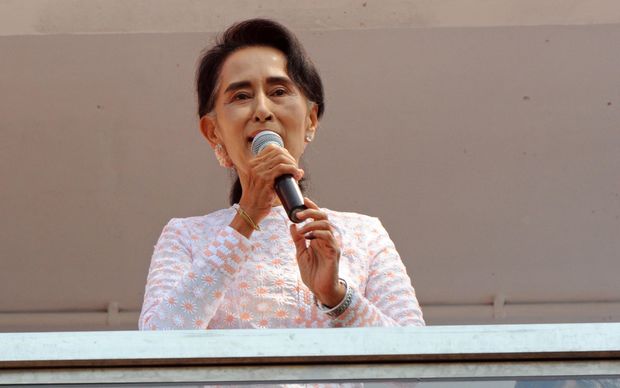 But her path to power is blocked by the constitution, which bars anyone with foreign children - or husband - from the presidency.

Ms Suu Kyi two sons are British as was her late husband - who died in Britain while she was under house arrest in Myanmar.

However, NLD party co-founder Win Htein has said that if they win a majority government, there are plans to address the constitution.

"If we become the government it will be much easier for us to amend the constitution and eventually [Suu Kyi] will become the president sooner or later," he said.

But it will not be easy or fast as the military maintains a veto on constitutional amendments.

The army is also allocated 25 percent of parliamentary seats uncontested, as well as control of Myanmar's security apparatus - meaning it will retain immense power despite the huge support for the NLD.

In the meantime Ms Suu Kyi will nominate a president to act as her proxy.