American presidential hopefuls are making a last pitch to voters in the state of Iowa, ahead of the first elections in the race for party nominations. 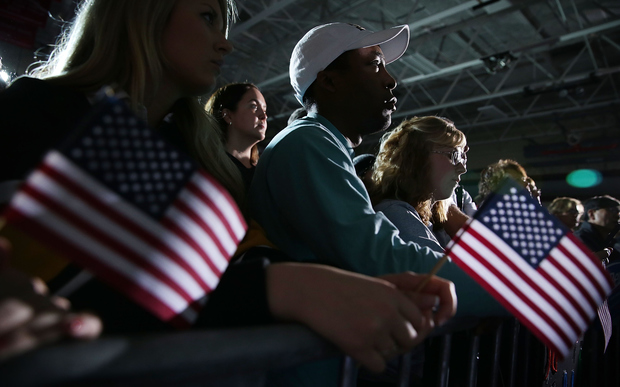 Billionaire businessman Donald Trump has been leading the field for the Republicans; Hillary Clinton is narrowly the frontrunner for the Democrats.

Candidates have been appearing at events across the large rural state to try to see as many people and places as possible ahead of Monday's contests, which are expected to set the tone in the race for the presidential election on 8 November.

Huge reception for @SenSanders on the eve of the Iowa caucus pic.twitter.com/mJ5JsrBlz2

On Sunday, at two rallies at Council Bluffs and Sioux City, Mr Trump displayed a more low-key style than his usual flame-throwing flourishes in an apparent bid to appeal to Iowa religious conservatives, who have for the most part backed Mr Cruz.

In Council Bluffs, Mr Trump brought his wife and daughter on stage and implored Republicans to pick him, noting that Iowa's 2008 winner, Mike Huckabee, and 2012 victor Rick Santorum both ultimately failed to win the Republican nomination.

"You have a lousy record - 16 years you haven't picked a winner. Please pick a winner this time," he said. 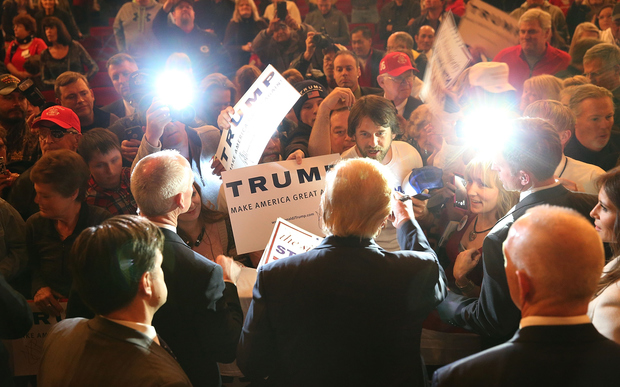 In Iowa City, Mr Cruz urged about 500 supporters crammed into a building at the county fairgrounds to turn out for the caucuses if they wanted to help him break the cycle of politics as usual in Washington.

"Join us, commit tomorrow night to come out and caucus for us. Stand up and speak for us. If we stand together, we will win," he said. 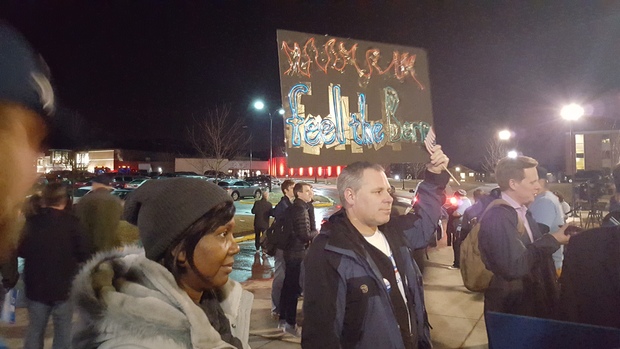 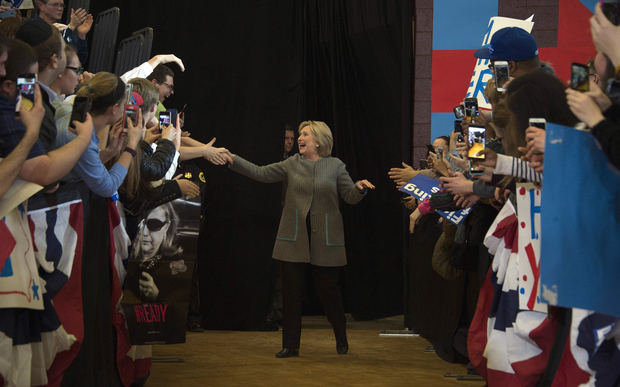 Among the Democrats, Ms Clinton - a former secretary of state, senator and first lady - clung to a narrow 45 percent to 42 percent lead over Vermont senator and democratic socialist Bernie Sanders, leaving the latter in position for a potential upset win.

Ms Clinton spent much of her time at a rally in Council Bluffs contrasting her vision with those of the Republican candidates. She said, while she and Mr Sanders shared the goal of achieving universal healthcare, he had a "different view" of how to accomplish it. 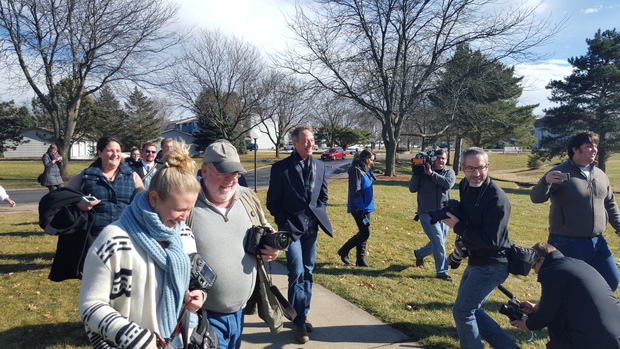 Ten Republicans and three Democrats have been campaigning for their parties' nominations in Iowa. The next contests after Monday's caucuses will be held in New Hampshire on 9 February. 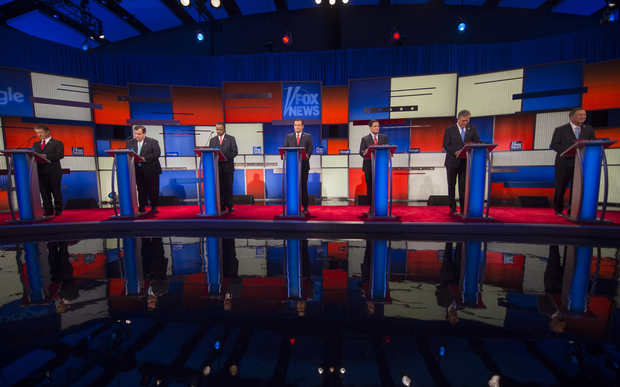