The US State Department says it will not allow the release of some of Hillary Clinton's private emails while she was Secretary of State, because they contain top secret information. 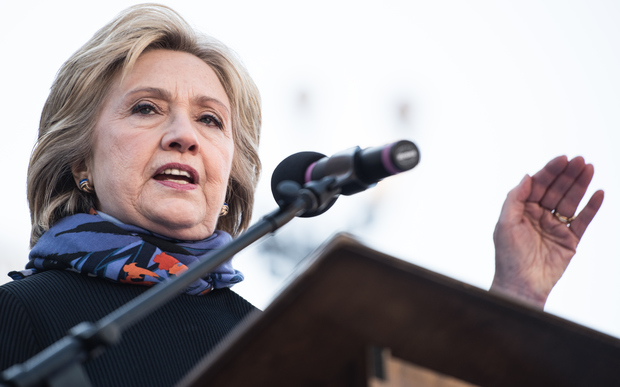 Her campaign team demanded the messages be released in full after the issue attracted scrutiny during her campaign to win the Democratic Party nomination for the presidency.

Department spokesman John Kirby explained why the documents were being reclassified as top secret:

"The documents are being upgraded at the request of the intelligence community because they contain a category of top secret information. These documents were not marked classified at the time that they were sent."

The restrictions apply to more than 20 documents sent from an unsecured account used by Mrs Clinton.

Mrs Clinton's use of a personal email as secretary of state has become an issue in her presidential campaign.

This is the first time her emails have been labelled classified at any level.

Messages were marked "top secret" because they would cause "exceptionally grave" damage to national security if disclosed, the State Department said.

Hillary Clinton's campaign said the emails were not marked classified when they were sent and should not be withheld.

"This appears to be over-classification run amok," the campaign said in statement.

It was unclear whether Mrs Clinton sent "top secret" messages or only received the information.

Previously, sensitive information had been redacted from Mrs Clinton's messages, but Mr Kirby said the "top secret" emails would not be released, even in part.

Mrs Clinton's opponents have accused her of putting US security at risk by using an unsecured computer system.

The presidential hopeful has admitted that her decision to use a private email server at her New York home was a mistake.

The State Department will release another batch of Mrs Clinton's emails on Friday evening.

The department has yet to release about 7000 pages of emails from Mrs Clinton's private server.

Officials in the State Department have asked for additional time to vet the messages because of the recent snowstorm that hit Washington.

They have asked to release the final batch messages on 29 February, which is after the Iowa caucuses and the New Hampshire primary.