The main Syrian opposition group has said it will join United Nations peace talks that have opened in Geneva. 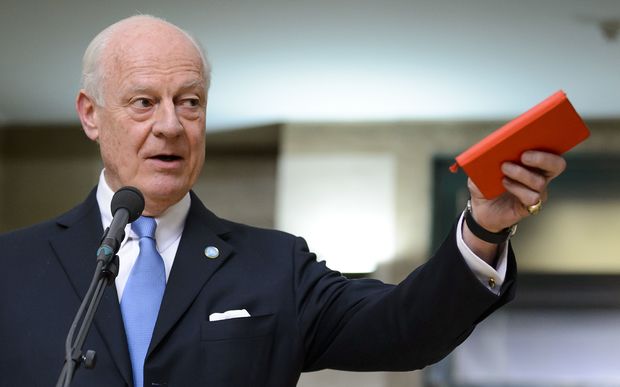 UN envoy for Syria Staffan de Mistura after a session with the Syrian government delegation at the United Nations in Geneva. Photo: AFP

A delegation representing Syria's ruler, Bashar al-Assad, has already begun talks with a UN envoy, marking the start of negotiations tat the UN hopes will bring an end to the war.

More than 250,000 people have died and 11 million have fled their homes in almost five years of war in Syria.

Forces loyal to the president and those opposed to his rule battle each other, as well as jihadist militants from so-called Islamic State (IS).

UN envoy Staffan de Mistura had invited the Syrian government and an opposition umbrella group to Geneva for "proximity talks", in which they would meet in separate rooms with UN officials shuttling between them.

Until the last minute, the opposition Saudi-backed High Negotiations Committee had refused to attend.

The group, which includes both armed and political opponents of Mr Assad, had insisted it wanted an end to air strikes and blockades before talks could start.

But it now says it will go to Geneva for discussions with UN representatives, although its representatives do not intend to engage directly in a political process with the Syrian government.

Earlier, Fuad Aliko, a source close to the group, said the delegation would not be acting "as negotiators".

Farrah el-Atassi, another activist close to the HNC, told Reuters the team would talk to Mr de Mistura but also said it would not negotiate directly with the Syrian government.

US urges HNC to go to Geneva

Separately, US Secretary of State John Kerry on Friday had a phone conversation with the HNC, urging the group to attend the talks.

State Department spokesman John Kirby later told reporters that Washington believed it was "important for these talks to continue without preconditions".

Mr de Mistura said he had a "good reason to believe" that the HNC would join the talks on Sunday.

In a video message to the Syrian people on Thursday, Mr de Mistura warned the talks "cannot fail".

"He will continue meetings with other participants in the talks and with representatives of the civil society subsequently," his office said. 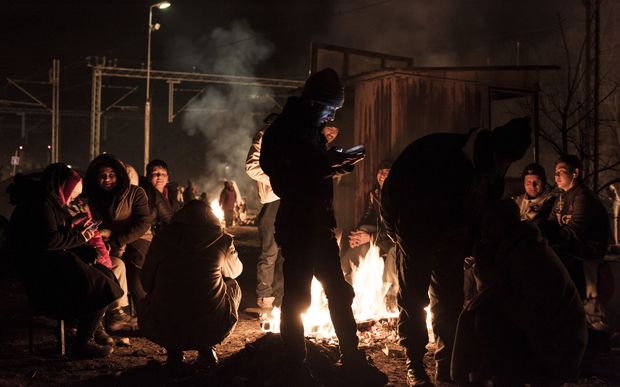 Migrants and refugees wait for a train after crossing the Macedonian border into Serbia. In January 30,000 Syrians, Iraqis and Afghans again took the Balkan route to western Europe. Photo: AFP