New Zealander Peter Leaitua, who was found not guilty of cocaine importation here, has been arrested in Colombia on drugs charges. 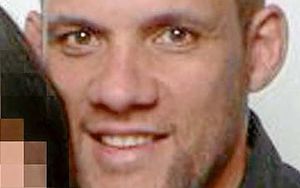 Mr Leaitua was arrested at Medellin airport in Colombia.

His New Zealand lawyer, Chris Wilkinson-Smith, has confirmed to RNZ that his client is the unnamed New Zealander.

Mr Leaitua's family have asked him to send confirmation to the Columbian authorities that he was acquitted of all charges here.

Mr Wilkinson-Smith said he was not previously aware that his client faced any outstanding charges in Argentina.

"I don't know at this stage whether he's been arrested in relation to the 2011 case or some other incident."

Mr Leaitua was acquitted at the High Court in Auckland in 2014 on charges of importing $200,000 worth of cocaine in his mother-in-law's stomach.

Sorlinda Vega died hours after arriving in Auckland in September 2011, after several packets of the drug burst inside her.

A jury returned a unanimous verdict of not guilty. It was Mr Leaitua's second trial on the matter; the first could not reach a verdict.

The Columbian police website said officers had been investigating an alleged drug syndicate which transported drugs from Argentina to Europe and Oceania.

Investigations showed he left Colombia to go to Panama. The police said because of international cooperation, Panama sent him back to the Colombia airport where he was arrested.