Fox News has fired back at Republican presidential candidate Donald Trump for refusing to participate in their debate on Thursday night.

The network said in a statement that Mr Trump's decision was "unprecedented" and accused him of "terrorising" debate host Megyn Kelly. 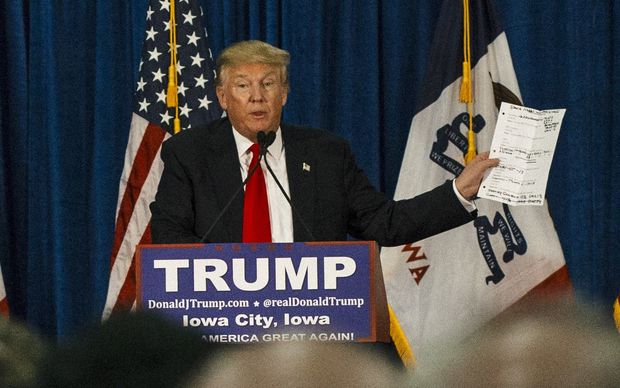 Donald Trump speaks at a campaign event at the University of Iowa Photo: AFP

Mr Trump clashed with Ms Kelly at a Fox News debate last year and had demanded she be removed from Thursday's panel.

His decision to pull out was mocked by his Republican rivals.

The debate is the final one before the first real test of the election campaign, the Iowa caucus on Monday - when voters in the state pick their presidential nominee.

"Capitulating to politicians' ultimatums about a debate moderator violates all journalistic standards, as do threats," the Fox News network said in a statement.

"We're not sure how Iowans are going to feel about him walking away from them at the last minute, but it should be clear to the American public by now that this is rooted in one thing - Megyn Kelly."

"We can't give in to terrorizations toward any of our employees." 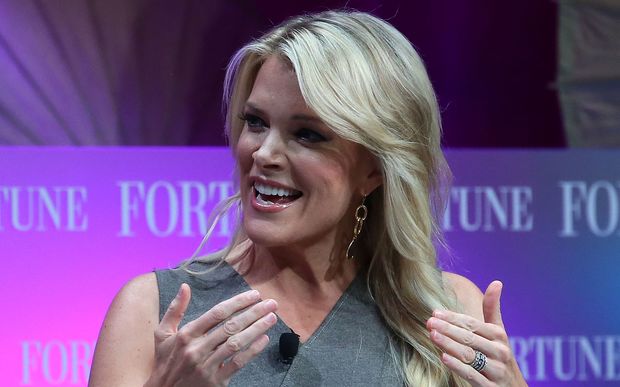 Ms Kelly accused the New York billionaire of misogyny in the first debate last August and he responded the next day by accusing her of having blood "coming out of everywhere". He denied he was referring to menstruation.

Mr Trump, who leads the Republican field, quit the debate on Tuesday night (US time) after Fox put out a sarcastic statement that questioned his ability to deal with Russian President Vladimir Putin.

Fox responded by accusing Mr Trump of "viciously attacking" Ms Kelly, threatening her and spending four days trying to get her removed. 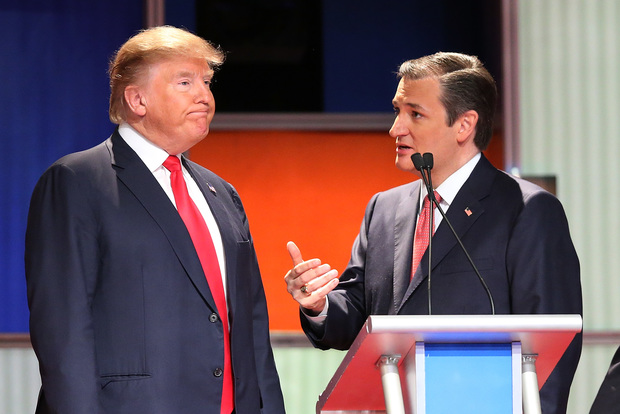 Mr Cruz, a conservative and a debating champion in college, challenged Trump to a one-on-one debate, and taunted him on Twitter using the hashtag #DuckingDonald.

In other Twitter posts, Mr Cruz likened Mr Trump's pulling out of the debate to a comical retreat from a Monty Python sketch, and accused Mr Trump of "trembling at being questioned" by Kelly.

Cruz used the hashtag #DuckingDonald to make fun of the former reality TV star for ducking out of the debate and tweeted a mocked-up picture of Trump's head on Donald Duck's body sitting on a pile of money.

There were plenty of reasons Donald Trump's last-minute withdrawal from the Republican debate could be a bad move, BBC North America reporter Anthony Zurcher said.

Mr Trump was on the verge of winning the Iowa caucuses, so shaking things up now could be counter-productive, Zurcher said.

His past debate performances haven't hurt him, and his most recent was probably his best, he said.

Zurcher asked what was to gain from squabbling with the most powerful conservative media company in the nation? Already his opponents were blasting him for being afraid of a fight, with Mr Cruz's campaign labelling him "Donald Duck".

Yet every time it seemed like Mr Trump had made a grievous miscalculation that - at last - was going to sink his campaign, it ended up as either brilliant strategy or his political armour was just too strong, Zurcher said.

So maybe this would work out again, as Mr Trump was dominating the headlines once more - while his plan to hold a rally to support wounded veterans, while his opponents aimed their criticisms at an empty lectern, could prove a winning contrast, he said.