The director who is leading calls for a boycott of the 2016 Oscars over the lack of black nominees, says Hollywood must adopt real policies to promote racial diversity in the industry. 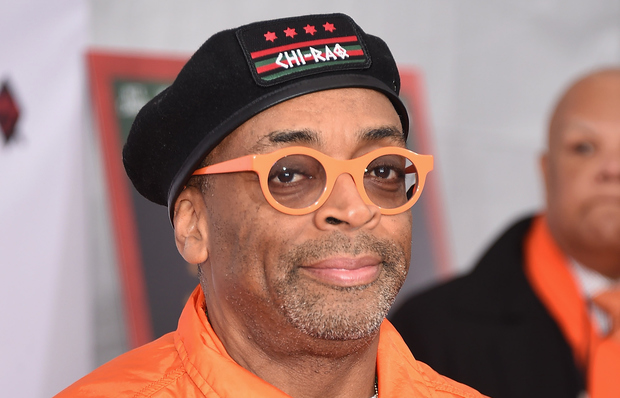 American film director Spike Lee and actress Jada Pinkett Smith said they would boycott next month's Academy Awards because for the second year in a row, there were no black or minority ethnicity actors in the four acting categories.

It made business sense for the movie and TV industry to reflect the racial diversity of the country, he said.

Pinkett Smith said in a video message on Facebook that she would not be attending the awards ceremony.

David Oyelowo and Don Cheadle have also spoken out about the Oscars' lack of diversity.

Iron Man 2 and 3 actor Cheadle took a jab at the awards on Twitter, writing "Come check me out at #TheOscars this year. They got me parking cars on G level."

Comic Chris Rock, who is hosting the awards ceremony, has also joked about the Oscars on Twitter, calling them "the White BET (Black Entertainment Television) Awards."

Ms Boone Isaacs has pledged changes, announcing she would take action to "alter the make-up" of the Academy's membership.

She praised the "wonderful work" of the nominees but said she was "heartbroken" at the lack of diversity.

Oyelowo made the point that two of the top films at the North American box office this week are led by black actors.

"We have a situation whereby currently the biggest movie in the world and of all time (Star Wars: The Force Awakens) is led by a black man. That film was knocked off the top spot this weekend by a film led by two black men, Ride Along 2. The biggest TV show on the planet is led by black people, Empire."

Others who have commented include Will Packer, producer of Straight Outta Compton, who posted a long message on Facebook.

He wrote: "To my Academy colleagues, WE HAVE TO DO BETTER. Period. The reason the rest of the world looks at us like we have no clue is because in 2016 it's a complete embarrassment to say that the heights of cinematic achievement have only been reached by white people. I repeat - it's embarrassing. It's unfair to the performers of colour who sacrificed so much, laid it all on the line AND DELIVERED with their projects this year.

At the weekend, Oscar-winning actor Cuba Gooding Jr told Variety: "You want it (the Oscars) to be diverse. You want the work to show. I wanted Straight Outta Compton to get something. But, you know, it's this conversation that makes people think harder when the nominations come around for next year."

But John Singleton, who became the first African-American nominated for the best director Academy Award for Boyz n the Hood in 1992, said he wasn't disappointed.

Singleton told Variety: "It's like every year people complain. People even complain even when we have a lot of nominations. It is what it is. I've been in the game for 25 years. You never know - it's the luck of the draw for you. To me, I'm not surprised. I'm not disappointed either, as much as other people are disappointed."

Boone Isaacs said that "dramatic steps" were being taken. "In the coming days and weeks we will conduct a review of our membership recruitment in order to bring about much-needed diversity in our 2016 class and beyond."

She said such a move was not "unprecedented" for the Academy, and that in the 1960s and 1970s younger members were recruited and that today's mandate was about inclusion: "gender, race, ethnicity and sexual orientation".

Among those overlooked for this year's Oscar nominations were British actor Idris Elba for Beast of No Nation, the NWA biopic Straight Outta Compton for best picture and Pinkett Smith's husband Will Smith, for best actor in NFL film Concussion. 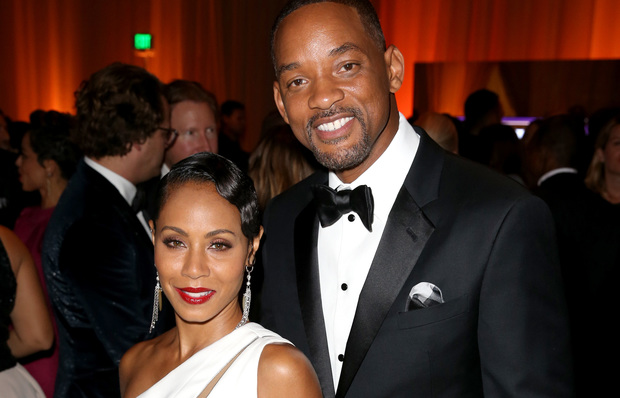 Jada Pinkett Smith and her husband Will Smith, who missed out on an Oscar nomination. Photo: AFP

Pinkett Smith said: "Begging for acknowledgement, or even asking, diminishes dignity and diminishes power. And we are a dignified people and we are powerful."

She and Lee made their announcement on Martin Luther King Jr Day, a national holiday in the US to remember the civil rights leader.

"Forty white actors in two years and no flava at all," said Lee. "We can't act?!"

Hollywood trade paper The Wrap spoke anonymously to some Academy members, many of whom applauded Isaacs' comments.

"They're not embarrassed today," one Academy member and former governor said.

Another said: "The irony is, if Hollywood is not open to diversity, then we're in real trouble as a country, because Hollywood is supposed to be liberal and open."

But others were sceptical: "Any way you slice it, it's a knee-jerk reaction," one member told The Wrap.

Speaking on the UK Radio 4 Today programme on Tuesday, Doctor Who actor Colin McFarlane, said of Lee's decision to not attend the Oscars: "You've got to be at the party to change the conversation but I completely understand the frustration - black actors are being written out of history.

"The game is changing and I think it needs to change on both sides of the Atlantic - the Baftas and the Oscars - and there should be more women.

"(Black) kids need to see themselves on TV and in the movies."

The profile of Oscar voters

In 2012, the LA Times conducted a study to find out how diverse the Academy membership is.

Reporters spoke to thousands of Academy members and their representatives to confirm the identities of more than 5100 voters - more than 89 percent of the voting members.