An Australian couple kidnapped by extremists in Burkina Faso run a medical clinic and have dedicated their lives to helping people in the West African country, a family spokesperson says.

Ken and Jocelyn Elliott are originally from Perth but have lived in the town of Djibo, near the borders with Niger and Mali, since 1972. 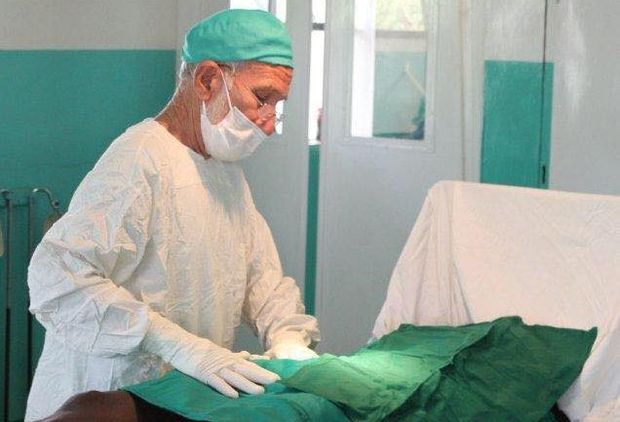 A Malian Islamist group said the pair, who are in their 80s and have three children, are in the hands of Al Qaeda-linked jihadists.

A spokesman for the Elliott family said the couple "operate a surgical clinic with around 120 beds where Ken is the sole surgeon" supported by a small team of local staff.

"They have dedicated their lives to providing medical relief to people in the remote northern area of Burkina Faso," the spokesperson said.

"Their commitment to the local people is reflected in the fact that they have continued there with only a few holidays since 1972. They are held in high esteem by the local people."

The spokesperson added that the couple's whereabouts were still unknown.

Dr Richard Lugg studied medicine at the University of Western Australia with Dr Elliott, whom he described as a friendly and dedicated person.

"They are held in the highest regard by the local community in Burkina Faso and it is tragic that at the end of his career this should happen to him," Dr Lugg said.

Before moving to Burkina Faso, Dr Elliott worked at Fremantle Hospital and later for the Royal Flying Doctor Service in Kalgoorlie.

In early 1967 he went to the West African nation of Benin and reopened a closed hospital, where he worked for four years before heading to Burkina Faso.

"[Burkina Faso] is classed as one of the poorest countries in the world," Dr Elliott wrote in his 50th anniversary graduation booklet.

"Here in Djibo we have been privileged to build, piecemeal, a basic hospital which presently accommodates about 140 patients.

"Most are not in beds, but then most have never slept on a mattress.

"I regularly operate five to six hours a day for six days of the week. The needs are unimaginable and we tackle some horrific cases, but ... the results are mostly pleasing."

News of the couple's kidnapping came after a jihadist assault on an upmarket hotel in Burkina Faso's capital Ouagadougou left at least 28 people dead, including at least 13 foreigners.

Earlier, a spokesman for Malian militant group Ansar Dine, Hamadou Ag Khallini, said in a brief phone message that the couple were being held by jihadists from the Al Qaeda-linked "Emirate of the Sahara".

He said they were alive and more details would be released soon.

A European diplomatic source confirmed they had received intelligence on Friday that a Western couple had been kidnapped in Burkina Faso, without giving their nationality.

"According to our information, the kidnappers' objective is to take the hostages towards Mali," the source added, declining to give further details.

The Emirate of the Sahara is a branch of Al Qaeda in the Islamic Maghreb (AQIM) operating in northern Mali, according to experts.

AQIM has claimed responsibility for the hotel attack, saying it was "revenge against France and the disbelieving West", according to a statement carried by US-based monitoring group SITE.

The attack and kidnapping will heighten concerns that jihadist groups are casting their net wider in search of targets in West Africa, two months after a siege at a luxury hotel in Mali where 20 people were killed, again mostly foreigners.