Two Australians have been kidnapped by extremists in Burkina Faso near the country's borders with Niger and Mali, officials say. 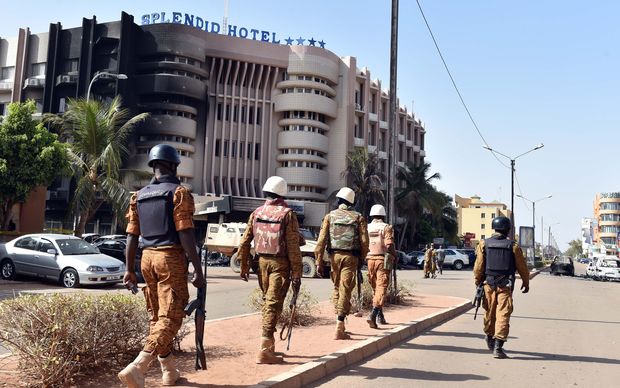 A government official said the Australians were a couple in their 80s from Perth, who had lived in the country since 1972.

The couple had been running a hospital in the country's north in the town of Djibo, close to Burkina Faso's border with Mali.

The pair were kidnapped in Baraboule, and a Malian Islamist group said the couple were in the hands of Al Qaeda linked jihadists.

News of the kidnapping came as a jihadist assault on an upmarket hotel in Burkina Faso's capital Ouagadougou left at least 29 people dead, including many foreigners, the Burkina government said.

A spokesman for the Malian militant group Ansar Dine said in a brief phone message that the couple were being held by jihadists from the Al Qaeda-linked "Emirate of the Sahara".

Hamadou Ag Khallini said they were alive and more details would be released soon.

A European diplomatic source confirmed they had received intelligence on Friday that a western couple had been kidnapped in Burkina Faso, without giving their nationality.

"According to our information, the kidnappers' objective is to take the hostages towards Mali," the source added, declining to give further details.

A military base in the same region was attacked by militants in August last year, with one Burkinabe policeman killed.

The Emirate of the Sahara is a branch of Al Qaeda in the Islamic Maghreb (AQIM) operating in northern Mali.

AQIM claimed responsibility for the hotel attack saying it was "revenge against France and the disbelieving West", according to a statement carried by US-based monitoring group SITE.

The attack and kidnapping come two months after a siege at a luxury hotel in Mali where 20 people were killed, most of whom were foreigners.