An attack by Islamist militants on hotels and a cafe in Burkina Faso has left 29 people dead, the government of the West African nation says.

Al-Qaeda in the Islamic Maghreb (AQIM) has said it carried out the attack on the Splendid Hotel in the capital Ouagadougou.

More than 150 hostages were freed. Those killed come from at least 18 different countries, and include two French nationals. 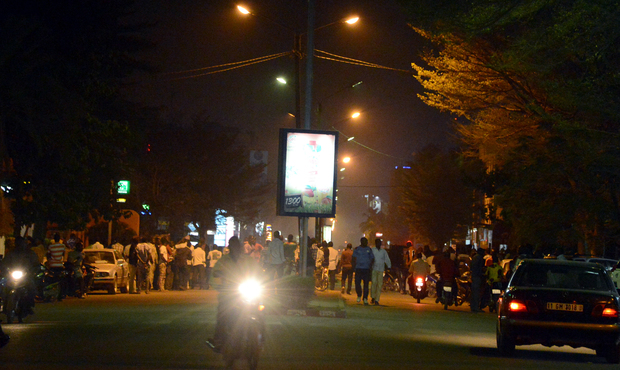 American and French-assisted Burkinabe security forces went floor to floor in the building, where the fighters had rigged the upper storeys with explosives to slow them.

As well as the luxury hotel, a cafe and another hotel nearby were targeted. The operation to take back the hotel lasted through the night and into the morning.

The hotel and the nearby Cappuccino cafe are both popular with UN staff and foreigners.

As the end of the siege at the Splendid was being announced, reports came in that militants had taken up position at the Yibi hotel, a short distance away. One attacker was killed at the Yibi, officials said later.

"We have received around 15 wounded people. There are people with bullet wounds and people who are injured because of falls."

One European woman being treated at the hospital told him the attackers appeared to target white people. 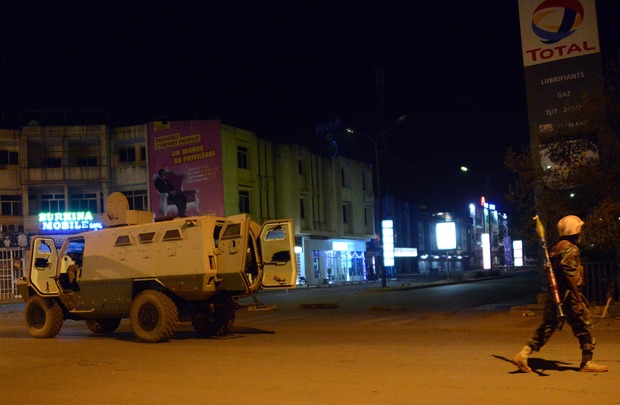 Army forces drive near Hotel Splendid where at least 20 people have been killed. Photo: AFP

Witnesses said the gunmen had initially entered the Cappuccino cafe near the hotel - used by UN staff and Westerners. One employee at the cafe told Agence France Presse that "several people" had been killed there.

Eyewitnesses reported hearing exchanges of gunfire between the men and security forces, as well as sporadic gunfire from inside the four-star hotel, which is close to the country's international airport.

A New Zealand Ministry of Foreign Affairs and Trade spokesperson said the ministry had confirmed the wellbeing of the two New Zealanders registered as being in Burkina Faso.

He said the ministry was advising against all tourist and non-essential travel due to the threat of kidnapping, armed banditry, and the potential for civil unrest.

The SITE monitoring group, which analyses jihadist networks, said al-Qaeda in the Islamic Maghreb (AQIM) claimed it was behind the attack.

The monitoring group specifically stated that those responsible were the al-Murabitoun group, which is based in the Sahara desert in northern Mali and contains fighters loyal to the veteran Algerian militant Mokhtar Belmokhtar.

Last month, the group announced it had merged with AQIM. Belmokhtar, a one-eyed commander who fought Soviet forces in Afghanistan in the 1980s, was once a member of AQIM but left after a falling-out with its leadership.

Belmokhtar has been declared dead many times, the latest by a US air strike on 14 June last year in Libya - according to Libyan authorities - but his death has not been formally confirmed.

AQIM and al-Murabitoun said they were behind an attack on a hotel in Burkina Faso's neighbour Mali in November, that left 20 people dead.

That coup toppled long-time leader Blaise Compaore, who had governed for 27 years.

"We are still in a context of political fragility, so I think the timing of this attack is meaningful," Cynthia Ohayon, an analyst with the International Crisis Group, said.

"The country has long borders with Mali and Niger, and we know there are armed groups present on the border, so this was probably something we had coming."

The US embassy in Ouagadougou said it was aware of the incident and was "closely following" the situation. 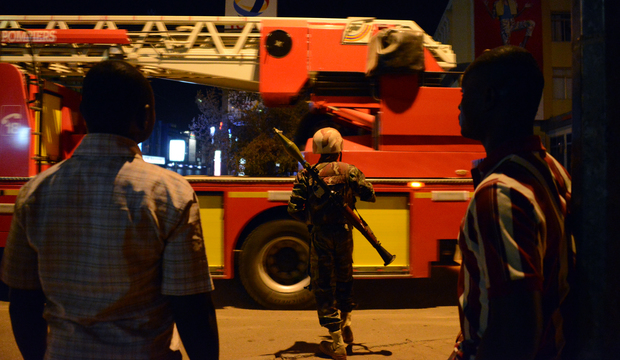