The US has imposed fresh sanctions on Iranian companies and individuals over a recent ballistic missile test. 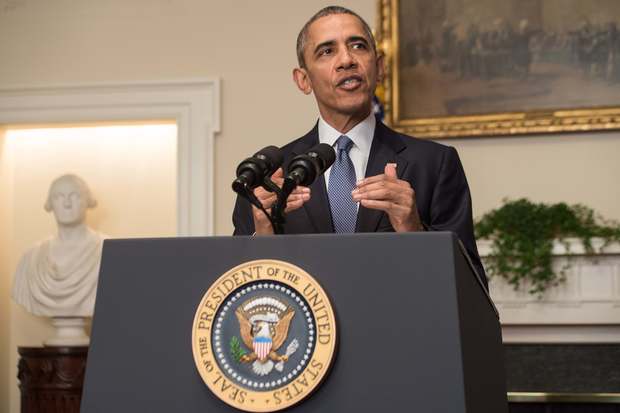 The new sanctions prevent 11 entities and individuals linked to the missile programme from using the US banking system.

The move came after international nuclear sanctions on Iran were lifted as part of a deal hailed by US President Barack Obama on Sunday as "smart".

Four American-Iranians were also freed in a prisoner swap as part of the deal.

Among them was Washington Post reporter Jason Rezaian - whom President Obama described as "courageous".

A fifth American was freed separately.

The US said it had offered clemency to seven Iranians being held in the US for sanctions violations.

Negotiations over the prisoner exchange delayed the US Treasury's imposition of the latest sanctions - originally intended to be announced in December, Reuters news agency said.

US acting under-secretary for terrorism and financial intelligence Adam J Szubin said Iran's ballistic missile program posed a significant threat to regional and global security, and it would continue to be subject to international sanctions.

Moments later, President Obama hailed the nuclear deal, which is being implemented following verification by the International Atomic Energy Agency (IAEA) that Iran had restricted its sensitive nuclear activities.

"This is a good day because once again we're seeing what's possible with international diplomacy.

"For decades our differences meant our governments hardly ever spoke - ultimately, that did not advance our interests."

The deal meant "Iran will not get its hands on a nuclear bomb", he said.

Earlier, Iranian President Hassan Rouhani hailed a "new chapter" in its relations with the world.