Chinese shares jumped higher on the first day of trade after a "circuit breaker" mechanism introduced to prevent sharp falls was lifted. 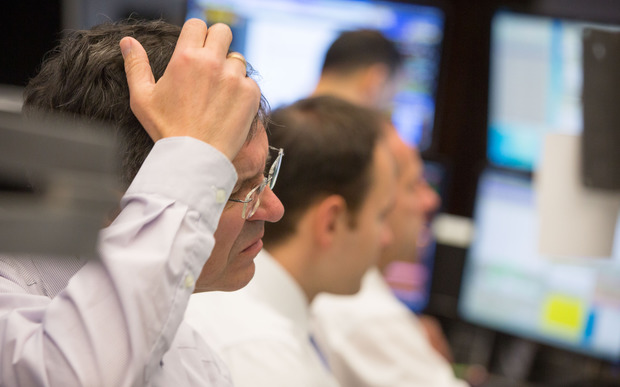 Regulators have stepped in after big losses in the mainland markets led trade to be suspended early on two occasions this week.

The sell-off came as weakening of the yuan led to worries that China's economy was slowing more than expected.

The rest of Asia also recovered some losses after the dramatic plunge in Chinese shares had triggered a global sell-off.

At one stage the local market was down nearly 1.5 - its worst one-day showing in four months.

But it clawed back some of its losses as China's market, the cause of the global turbulence, staged a partial recovery.

The New Zealand sharemarket has had an ugly opening week to the new trading year, having fallen each day to end down more than 2.5 percent in just four days.

A week ago it was sitting around record levels.

The falls in New Zealand have been less than elsewhere but local investors have not been immune to the tide of fear that has swept international markets, over concerns that China the world's second biggest economy is in worse shape than previously thought.

Markets in Europe and the US made steep losses overnight after trading in the world's second largest economy was closed within the first 30 minutes in the previous session, making it China's shortest trading day on record.

On Friday, the Shanghai Composite was up 2.2 percent to 3,194.08 as investor confidence grew on the new measures introduced by authorities to support the stock market.

"[The fall in markets] looks to have been exaggerated and driven more by fears and regulatory issues around the share market and currency rather than a renewed deterioration in economic indicators," said Shane Oliver, investment strategist at AMP Capital.

The People's Bank of China (PBOC) set the daily yuan rate at 6.5646 - firmer than the previous day's rate, ending eight days of weakening the currency to boost exports.

Investors were worried that China's moves to weaken the yuan would spark a currency war in the region as other countries tried to remain competitive.

What are China's 'circuit-breakers'?

Shares of Samsung Electronics were up 1.1 percent despite the tech giant's profit guidance for the fourth quarter missing market expectations.