Facebook founder Mark Zuckerberg plans to build artificial intelligence (AI) to help him around the house and with his work. 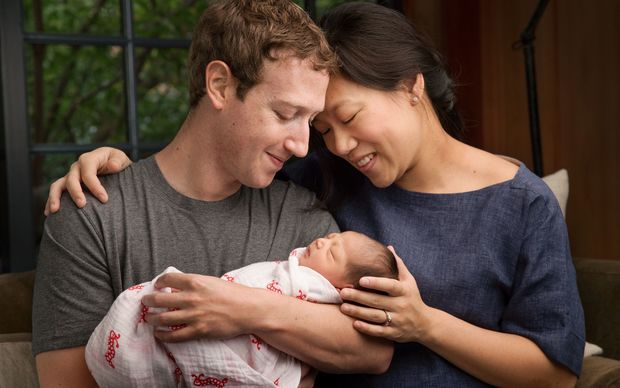 In a Facebook post, he said his personal challenge this year would be to build a "simple AI" like Jarvis from Hollywood blockbuster film Iron Man, referring to the AI butler.

Mr Zuckerberg plans to share his progress over the course of the year.

On Monday, Mr Zuckerberg said he would start to build the AI with technology that is already out there and teach it to understand his voice to control everything in his home from music and lights to temperature. 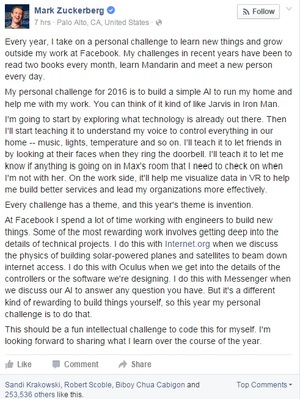 "This should be a fun intellectual challenge to code this for myself.

"I'll teach it to let friends in by looking at their faces when they ring the doorbell," he said.

"I'll teach it to let me know if anything is going on in Max's (his daughter's) room that I need to check on when I'm not with her."

For Facebook, he added that the system would help him visualise data in virtual reality and help him build better services, as well as lead his company.

His announcement comes as Facebook is in the midst of AI initiatives such as building an assistant through its Messenger app for users.

The tech billionaire said a part of the motivation behind this year's challenge was the reward of building things yourself.

Last month, he made headlines for plans to donate 99 percent of his stake in Facebook.

He had to defend his philanthropic venture - launched to celebrate the birth of his daughter- after critics argued that it could provide a way for the founder to avoid paying tax on the sale of his shares.