Losses from Australia's Great Ocean Road fires have been estimated at more than $A50 million ($NZ53m) as insurance companies assess the 116 homes destroyed in the wildfires. 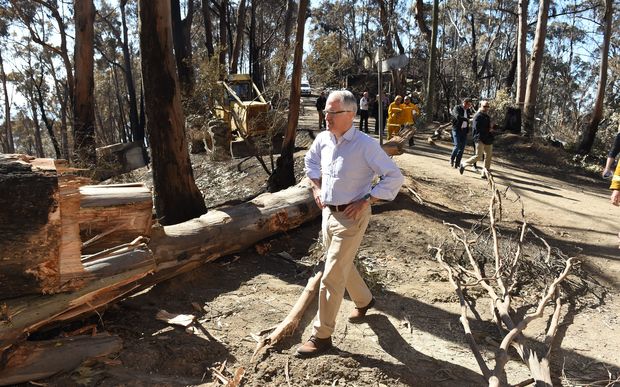 CFA brigade captain Roy Moriarty explained that years of planning had gone into defending the town. "This is actually a great story and this is important to share," he said.

One of them, Tony Maley, said he watched his home burn down while he protected other community buildings in the town.

"It was just really tragic. I watched every house burn down one by one. All my friends lost all their properties. I felt hopeless," Mr Maley said. 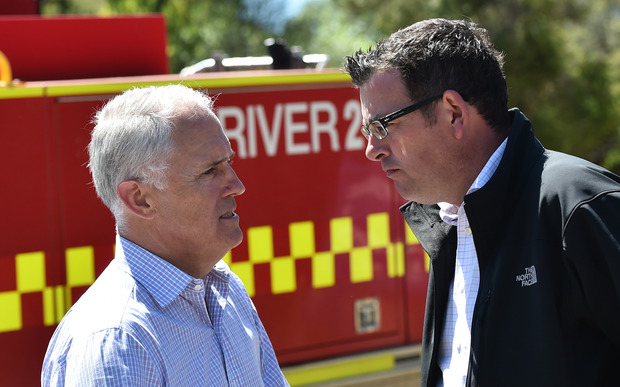 Mr Turnbull expressed his sympathy to all of those who lost their homes.

"People understand the grief and the loss but we are so admiring of the way you were able to organise your community and plan, prepare for it," he said.

"This is a great study in community organisation. Yes, you've had tragic loss of houses but many fewer than you feared, due to good management."

"There's both tragedy and triumph here. And it's only human to focus on the tragedy and the loss, but there is a real triumph in the way this community has managed this natural disaster, which has a force and power beyond human control.

"But you've managed it in a way that has been so successful in terms of protecting the men and women of your community. So well done."

He was told how community volunteers raided homes for food to serve to the firefighters on Christmas Day as they fought the fires, which destroyed 98 houses in Wye River and 18 in Separation Creek.

The Insurance Council of Australia has estimated the losses from the fires at more than $A50m ($NZ53m).

Residents who have lost homes are entitled to emergency payments from the state government of up to $A1300 ($NZ1375). 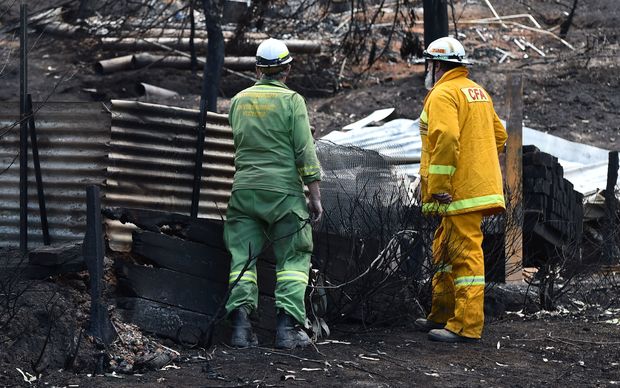 Fires continue to burn out of control in the region, and with temperatures set to rise, authorities are urging people to stay alert. 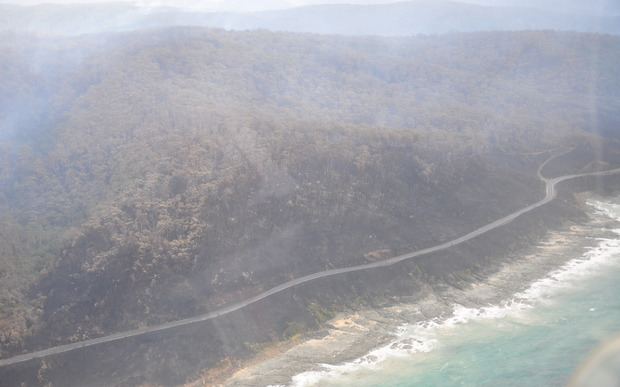 An aerial view of the coast around Separation Creek shows the scale of some of the damage. Photo: AAP

Victorian Premier Daniel Andrews said it was hoped the Great Ocean Road would reopen in the fire zone next week.

With the hot weather returning tomorrow, he urged Victorians to be aware of their circumstances in case the fires flare up again.

"It is critically important that everybody as they are moving through those couple of hot days, just think about Wye River and then think about the fact that the best advice you can possibly follow is to leave early and live... That's the story of Wye River."

Mr Turnbull urged tourists to return to the Great Ocean Road once it was safe to do so.

"We need people back here, supporting the community, because there's going to be to be a lot of activity here," he said.

"The optimism and resilience here, I was inspired by that."

Permanent residents of Wye River are expected to be allowed back in to see their homes in 24 to 48 hours.