Republican presidential candidates are sparring over national security issues and how best to counter Islamic State (IS) in the first debate since attacks in California and Paris. 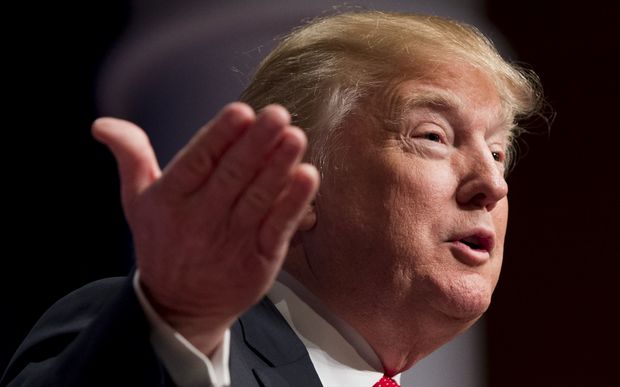 A major fault line has formed between those favouring more surveillance and those concerned about civil liberties.

Front runner Donald Trump has been on the defensive, with Jeb Bush calling him a "chaos candidate".

Mr Trump's proposed ban on Muslims entering the US put Mr Trump on the defensive in the early minutes of the debate.

The conversation quickly broadened to broader issues of foreign policy and national security.

Another of Mr Trump's proposals - "closing that internet up" to stop IS recruitment - has been hotly debated, and earned the business mogul loud boos when he attempted to defend it.

Mr Trump loomed large over the so-called undercard debate, with the four candidates split over the efficacy of his proposed ban.

Senator Lindsey Graham apologised to US-allied Muslim leaders saying: "I am sorry. He does not represent us."

However, it was the threat of IS that dominated the first debate.

The candidates argued at length over whether US troops should be sent to Syria and Iraq to engage in direct combat with IS militants.

Mr Graham led the rhetorical charge into battle, while former Arkansas Governor Mike Huckabee said US troops were exhausted after the wars in Iraq and Afghanistan.