Nurofen made misleading claims about some of its products by advertising that they relieve specific types of pain, an Australian court has found.

The Australian Competition and Consumer Commission (ACCC) launched the action in March this year against the drug's maker, Reckitt Benckiser, alleging that it was misleading consumers by selling a range of pain relief products aimed at specific ailments.

The Nurofen range included products supposedly targeting back pain, period pain, migraine pain and tension headaches, but the active ingredient in all was exactly the same: ibuprofen lysine 342mg. 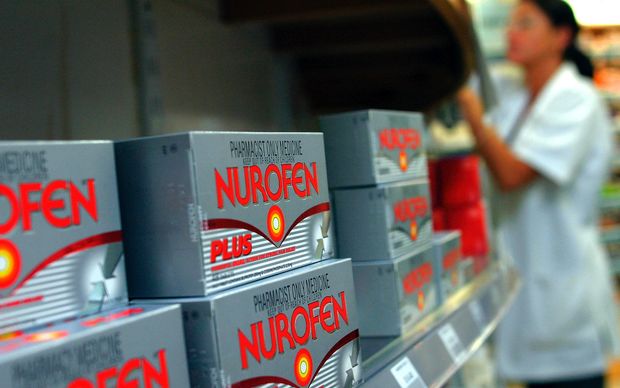 Reckitt Benckiser has admitted that it engaged in the misleading conduct. Photo: AAP

While containing similar ingredients to the company's own general painkiller, the ACCC said consumers were paying twice as much in the belief that the products were different.

"Price sampling conducted by the ACCC before the proceedings were commenced indicated that the Nurofen specific pain products were being sold at retail prices almost double that of Nurofen's standard ibuprofen products and the general pain relief products of its competitors," ACCC chairman Rod Sims said in a statement.

"The ACCC took these proceedings because it was concerned that consumers may have purchased these products in the belief that they specifically treated a certain type of pain, based on the representations on the packaging, when this was not the case."

ABC TV programmeThe Checkout highlighted the marketing trick in 2013, and Nurofen was awarded a Shonky Award for the practice by consumer group Choice in 2010.

Reckitt Benckiser has admitted that it engaged in the misleading conduct in contravention of the Australian Consumer Law and consented to the orders made by the Federal Court.

However, the company denies attempting to deceive customers with its product packaging and other marketing.

"The Nurofen specific-pain range was launched with an intention to help consumers navigate their pain relief options, particularly within the grocery environment where there is no healthcare professional to assist decision making," said Nurofen spokesperson Montse Pena in a statement.

"Nurofen did not set out to mislead consumers. Nurofen has cooperated with the ACCC in relation to these proceedings and will fully comply with the court order made today."

The Federal Court has ordered that all Nurofen specific pain products be removed from retail sale within three months, and that the company post corrective notices in newspapers and on its website.

Reckitt Benckiser will also have to implement a consumer protection compliance program, pay the ACCC's legal costs and potentially pay penalties, which are to be determined by the court at a later date.

The ACCC and Reckitt Benckiser have also agreed on an interim packaging arrangement that will indicate to customers that the products are effective for various types of pain.